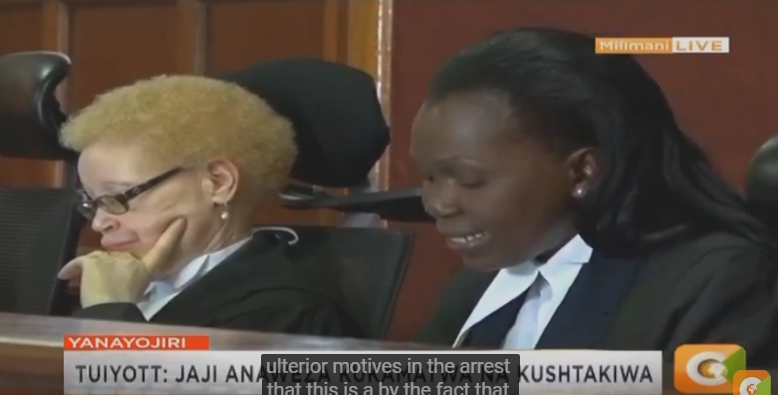 High Court Judge Mumbi Ngugi on Wednesday made a ruling that is likely to send ripples across the country on matters related to corruption.

The firm judge, who has been nominated for promotion to the Court of Appeal by CJ David Maraga, ruled that all constitutional office holders charged with corruption should step aside.

Ngugi made the ruling following an application by Samburu Governor, Moses Kasaine Lenolkulal, who had been barred by a lower court from accessing his office.

The governor, alongside other senior county staff, is facing prosecution over suspected Ksh84.7 million fraud at the county.

She further declared that the Anti-Corruption Act, that shielded constitutional office holders from suspension from office when charged with corruption, unconstitutional.

She termed Section 62(6) of the Anti-Corruption and Economic Crimes Act, which state officers have been using to hang onto office, as “entrenching corruption and impunity in the land”.

“It seems to me that Section 62(6) is contrary to the constitutional requirements of integrity in governance, are against the national values and principals of governance and principles of leadership and integrity in Chapter Six,” Ngugi ruled.

Like other civil servants, Justice Ngugi ruled that governors should step aside once charged for a criminal offence.

The ruling meant that all the governors who have cases in court might be forced to step aside until the cases are concluded.

According to a report by The Star, the verdict is a shocker for county chiefs, coming at a time when the Ethics and Anti-Corruption Commission is hunting down several governors with some already in court.