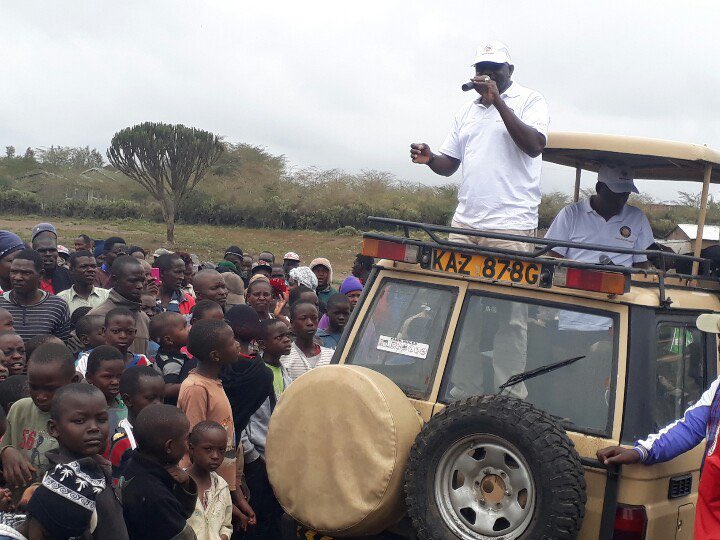 City flashy lawyer Donald Kipkorir has dismissed the planned referendum by Thirdway alliance leader Ekuro Aukot terming it mere rhetoric.
Korir further revealed that the country will only be subjected to a referendum between “Baba” and president Uhuru Kenyatta.

The Only Referendum that will go to National Vote is the ONE that will be fronted by the President & Baba … Others will suffer infant mortality .. We may get excited with other sideshows, but National Political Chessboard is in the hands of the two … Truth sets us free.

PUNGUZA MIZIGO BILL is unconstitutional for attempting to reverse settled constitutional safeguards on fair trial, ostensibly to boost the war on graft. Secondly, the Bill is imprudent for conflating issues. Amending the constitution by referendum ought to be a single issue Bill.

Me think #PunguzaMizigoBill2019 is merely aimed at rearranging chairs in a leaking boat. The problem in kenya is CORRUPTION not Representation. Let this think. Kenyans are not over represented. @citizentvkenya

Folks , I know this is painful but the truth. The only referendum that will happen is that supported by president Uhuru Kenyatta and HE @RailaOdinga . Anything outside this is wet dreams. Thank me later. Hahahahaha

CONSIDERING that it is an OFFENSE in the political parties Act to PROMOTE the INTERESTS of another political party, how will Third Way Alliance Party ask other parties to promote its interests by PASSING this Pungusa Misigo Bill. Remember Aukot doesn’t have even a single MCA. ?

So @IEBCKenya, you want to tell me that @EAukot could collect 1 million signatures and Raila Odinga could not?

This #PunguzaMizigoBill2019 is good but reducing the number of MPs to 100 is jeopardising the life of Kenyans. Imagine a big county like Kiambu being led by only two MPs it won’t work. Drop your comments. Follow me @HonKemei.