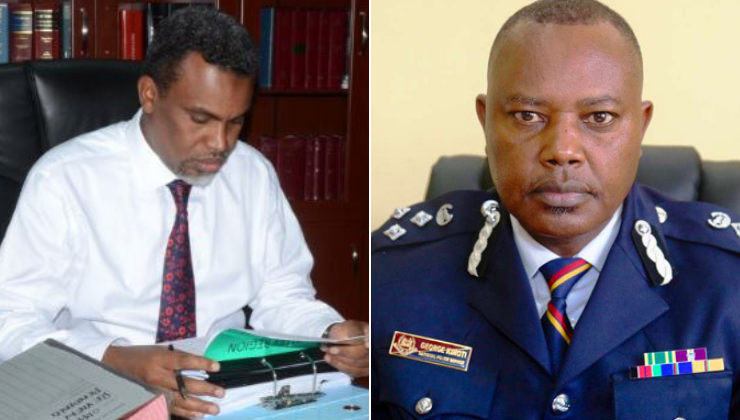 A statement released in Italy on Tuesday said: “The company is already working with the Kenyan judicial authority to settle the matter as soon as possible.”

This even as DPP Noordin Haji said the company had not cooperated with investigators.

Kenya was expected to seek the extradition of one of the company’s directors to face charges in Nairobi.

Treasury Minister Henry Rotich on Tuesday pleaded not guilty to corruption charges in connection with the loss of billions of shillings in tenders related to the planned construction of two dams.

Rotich, who was freed on Ksh. 15 million bail, is one of 26 people facing charges related to the Arror and Kimwarer dams scandal.

According to investigators, work on the two dams has not started yet, an assertion that CMC di Ravenna disputes even as prosecutors maintain that no land where the dams were meant to be built has been acquired.

Prosecutors further accuse CMC di Ravenna and Kenyan officials of inflating the cost of building the two dams in the west of the country to Ksh. 63billion shillings from an original cost of Ksh. 46billion.

The government made advance payments of Ksh. 19billion.

This included Ksh. 11billion in unnecessary debt insurance, which prosecutors said was shared out in accounts belonging to the conspirators and their agents.

CMC di Ravenna denied any links to those arrangements.

“The accusation would refer, in fact, to the conditions of the financing, by banks of primary international standing, of the public works contracted by Kenya to CMC,” the company said.

“CMC and its representatives did not participate in the negotiations,” the company said, adding it was certain it could quickly clarify that it was not related to the matters under investigation.