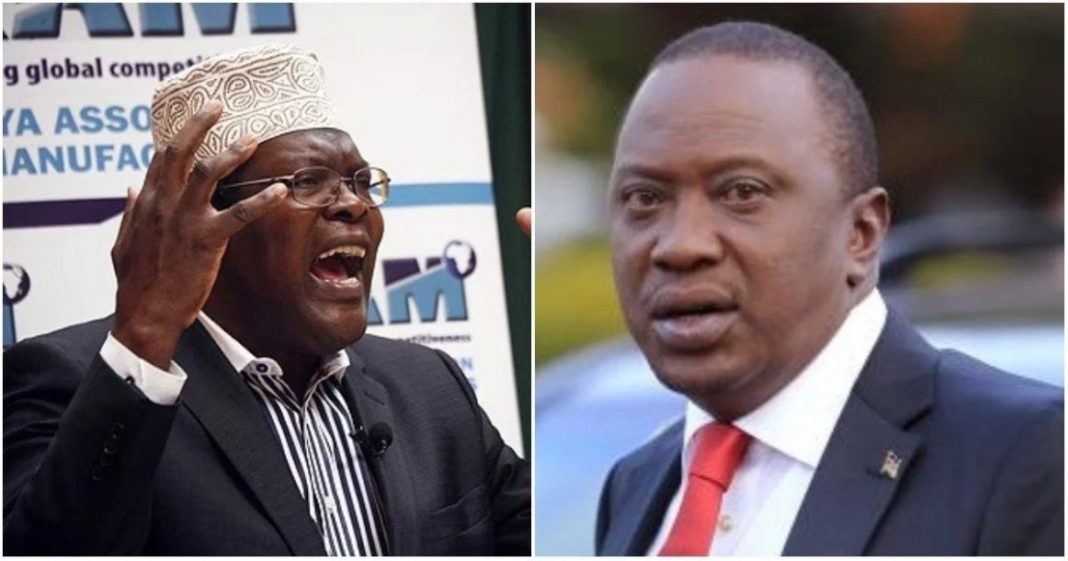 In a tweet on Friday, Miguna said that it is evident Uhuru, who is completing his second and final term in government, doesn’t want Ruto in Jubilee.

He asked the DP, who is considered one of the front runners in 2022, to think of packing his bags and seeking abode elsewhere.

He further said that Ruto is in for a rude shock if he is going to depend on fighting Former Prime Minister Raila Amolo Odinga before 2022.

“Mr. Arap Singh, @WilliamsRuto, have some pride and shame. Despot Uhuru Kenyatta doesn’t want you in his illegitimate regime or inside his mother’s house in Gatundu. Park your bags and join Oscar Sudi on the street. Political wars are not won through @RailaOdinga-type groveling,” he said.

The relationship between Uhuru and Ruto has been on a spot following the recent replacement of Cabinet Secretary for Treasury Henry Rotich.

Rotich and his PS Thugge Kamau were arrested over the loss of funds in the Arror and Kimwarer Dam projects.