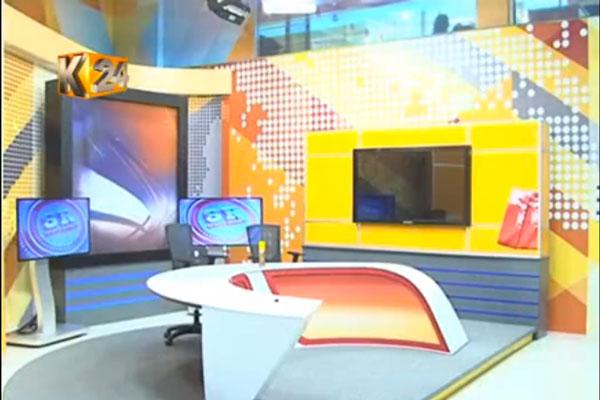 Mediamax has announced the reorganisation of its staff structures in a move that may see a number of employees lose their jobs in the media house.

The acting CEO Ken Ngaruyia stated that the measure was necessitated by the recent economic downturn and loss of its major revenue streams.

He stated that some positions would be abolished as part of its cost-cutting measures.

K24TV studios. Some positions at the media house will be abolished as part of its cost-cutting measures.
“In view of the above, the services of some of its employees will be rendered superfluous thereby necessitating the termination of their employment on account of redundancy.

In accordance with the provisions of Section 40 of the Employment Act, No 11 of 2007, Mediamax Network Limited hereby gives one month notice of the intended redundancies,” Ngaruiya explained.

Employees whose positions will be declared redundant will be given one month notice or alternatively be paid one month salary in lieu of notice.

The media house’s HR policies provide for the laid-off workers to receive a severance pay at the rate of fifteen days pay for each year of service.

“Further the affected employees will be paid their salary for the period up to and including the date of termination and all accruing benefits, including any leave days earned but not taken,” the statement concluded.