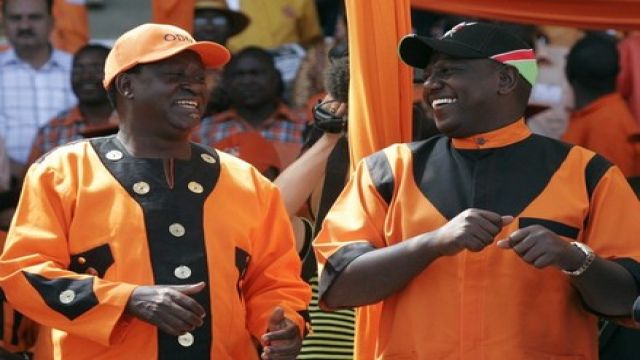 Former prime minister and ODM leader Raila Odinga left people in stitches after reminding the country that Uhuru and Ruto were among the founding members of ODM party.
Raila who was speaking in Bomet green stadium during a send off ceremony of the late governor Joyce Laboso narrated how he met the laboso family way back through his wife Ida Odinga.
Raila also described they political journey even after she went to a new formation of a URP party that she defended her seat with in 2013.
Deputy president William Ruto on his side confirmed that it was a fact.
They all applauded the efforts by slain governor to help lift the face of Bomet county.