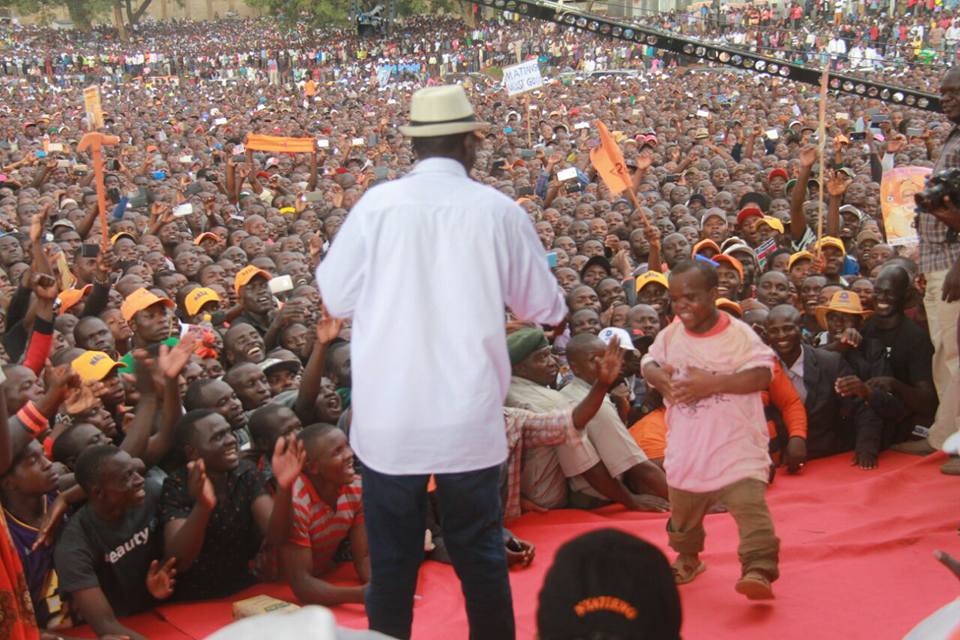 It should be remembered that Kenya’s future cannot be left only on the hands of the ruling elite if we strictly adhered to democratic governance which is: the rule of the people, by the people, and for the people.

Democracy, therefore, means that people own the government and must be ready to participate in enhancing its systems and processes. This will ensure that it serves their interests and aspirations.

Democracy waxes cold when citizens stop engaging in the socio-economic, cultural and political development of their country.
Citizens have a critical role to play in the war against corruption, misuse of public resources, injustice, and impunity and other vices that affect the country. Their inaction will ruin the chance to access opportunity, fairness, resources, services, and security.
It’s incumbent upon Kenyans to understand they play a critical role in the pursuit of a better country.

During the struggle for independence, those who got outraged by the scourge of colonialism knew that if they didn’t rise to fight, nobody would do it for them. It indeed yielded fruit.

I wonder if in modern-day Kenya, we do have replicas of the late Oginga Odinga, Bildad Khagia, Koitalel Arap Samoei, Ronald Ngala or Masinde Muliro, who seized the moment and fought against colonialism.
The first line to oversight government in a democracy is the people. This is because it’s them who put that government in power.

Role of citizens in our dilemma
Madaraka Day was celebrated recently but, the biggest dilemma is if Kenyans from Moyale to Namanga, Mount Elgon to Liboi, irrespective of their ethnicity, creed, gender or economic status do know that 56 years down the road after our nationhood, those who enjoy the fruits of self-rule is a minority?

We’re in the middle of a deep sea as a nation. Kenya is at the brink of extinction. Looting of public resources is at an alarming rate. Wananchi in the four corners of the country is not sure of their future. Unemployment has hit a crescendo as hopelessness galore and is characterized by many suicides.

Thee late playwright Francis Imbuga, was right in his play, Betrayal in the City when he said this: “It was better while we waited. Now we have nothing to look forward to. We have killed our past and are busy killing our future.”
Incompetent governments world over cannot transform a nation because they usually represent minority interests. That’s why the role of citizens comes handy. The need to overcome a crisis especially when the government has failed requires active citizen participation.

Every Kenyan wants to see a good country to bequeath to the next generation. The time for civil society or freedom fighters like Paul Muite, James Orengo, Raila Odinga, Philip Gachoka, or the late Martin Shikuku, George Anyona, Kenneth Matiba, Masinde Muliro, etcetera at the frontline is over.

If misrule and suffering triggered the Arab Spring in 2010 in Egypt, Libya, and Tunisia, the French Revolution in the 18th Century, and Romanians in 1989, while the Philippines did it more peacefully in 1986, why should resilient Kenyans not chart the path towards a good country?

President Kenyatta garnered millions of votes in 2013 and 2017 mostly from poor Kenyans. The same Kenyans have a constitutional mandate to reverse. This remains the only viable option Kenyans can exploit to get out of the mess we’ve been wading in for over 5 decades.

The Kenyan situation may be equated to Shakespeare’s work in the Tragedy of Hamlet, Prince of Denmark, where Hamlet refuses to kill the King at the best opportunity. He delays executing revenge citing lack of lust to sin.
The lust by dejected Kenyans is centered in the quest for justice, equity, and equality; the lust for a renaissance that will inject fairness in managing state affairs cannot be delayed like what Hamlet did. Inaction means stagnation; stagnant water pollutes the environment.

Kenyans must remember that pacifism is ONLY good in an egalitarian society where the principles of equality, equity and human rights are respected. Kenya being the opposite, we can’t afford to continue wading in starvation, disease, injustice, stolen elections, nepotism, and grandiose greedy when other nations are making positive strides in socio-economic development.

Questions on present predicaments
Democracy without direct engagement by citizens in the affairs of their society is conformism (inaction). Kenyans from Moyale to Namanga; Mount Elgon to Liboi, to rise irrespective of the tribe; creed or gender should start getting re-awakened.
Its high time the Kenyan majority started interrogating the following questions in order to fully decipher what is at stake and what role they should play in a democratic culture.

Why has the judiciary never prosecuted, convicted and jailed any high-profile person on graft, when we see many mega corruption scandals in the Country? Our jails are only dominated by Chicken thieves!

Why should Kenyans continue paying taxes yet there is no meaningful development in the country? Even civil servants who are paid by taxpayers’ demand bribes before they would render services to the public!

Why should we waste time to vote after every 5 years in a presidential election when the winner is pre-determined by those who control the flow of power in the country?

Are Kenyans comfortable when a small click has mysteriously risen to riches through unscrupulous (corrupt) means- from middle-class income people to multi-billionaires?

Why are we not outraged when civil service appointments do not meet constitutional thresholds on meritocracy, gender equity, and regional balances?

Is there hope that the current leadership has the requisite capacity to grant Kenyans economic freedom, fight impunity or narrow the gap between the rich and the poor?

Why has the Jubilee government failed accountability test yet, time after time, the auditor general has stated clearly that billions of funds are unaccounted for after treasury audit?

Does Kenya look like a country we can bequeath to the future generation? And if the answer is no, are we ready to stand up and tell the ruling elite that power belongs to the majority and not the minority?

According to Che Guevara, “a revolution is not an apple that falls when it is ripe. You have to make it fall.” Conforming to tenets which impair our dignity will never save a generation. Kenyans are justified as people to pursue leadership, which is representative, accountable, just and democratic.

Nyaringo is the President of Kenya Patriotic Movement, a diaspora lobby group based US