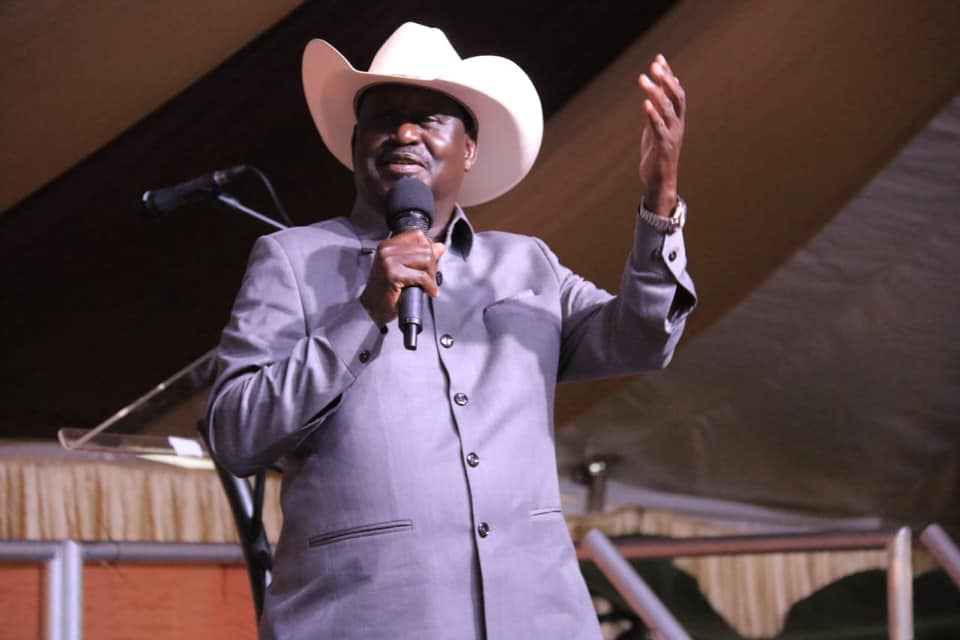 During a press briefing at Silver Springs Hotel in Nairobi on Tuesday, ODM leader, Raila Odinga stated that the family members and a committee put together by the ODM party had agreed on a couple of things.

The Opposition leader stated that there would be a memorial service at Starehe Boys’ Centre on Wednesday and another on Thursday at the Moi Girls’ High School in Nairobi.

“After that, there will be viewing of the body at the same venue,” Raila stated.

He added that the body would be transported to Kabondo Kasipul Constituency in Homa Bay County, where a funeral mass would be held at Got Rateng’ Secondary School.

The late Matiba was cremated on April 27, 2018 at the Langata cemetery.

Earlier, Okoth’s wife and his mother, Angeline Ajwang, were reported to be having disputes over his final rites.

The late Okoth had allegedly informed his wife, Monica, and younger brother, that he wished to be cremated upon his passing.

However, his mother had warned them against cremating her son’s body.

Okoth died on July 26, 2019, after being diagnosed with stage four colorectal cancer.