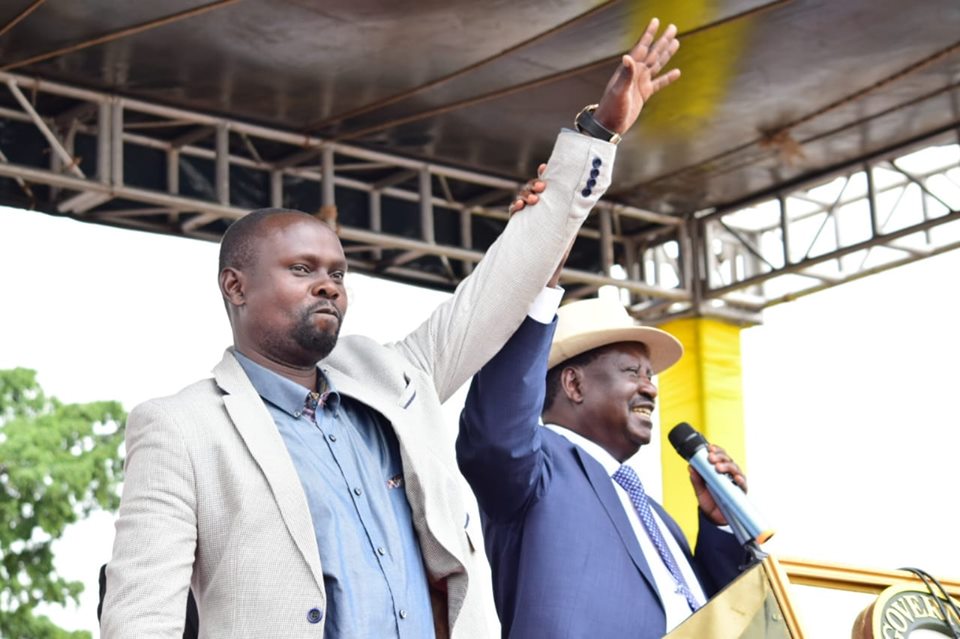 ODM Leader Raila Odinga has said that Kibra residents will vote for the party’s candidate Imran Okoth in the November 7 by-elections despite their opponents using cash to woe voters.

Raila who spoke during a fund’s drive organised by ODM legislators to raise campaign money on Wednesday, said in Dholuo language that Jubilee’s flagbearer MacDonald Mariga has poured money in Kibra but will not get votes.

He assured the legislators that Kibra his ODM zone and that residents will turn out in large numbers on November 7 to vote for Imran Okoth.

The confident Raila noted that he enjoys unrivalled grassroots network in the constituency.

The Former Prime Minister said he has worked with political mobilisers in Kibra for many years and marshalling support for Imran was an easy task.

“I started working with some of you when you were youth but now are old people,” he said.
He added that Kibra residents were only waiting for a call during the voting day to confirm Imran’s win.

He said that the residents have stood with him for many years and will continue doing so because they have not yet completed the journey to Canaan.

The Kibra Seat was declared vacant following the death of Ken Okoth on July 26.

The Jubilee Party under MacDonald Mariga is keen to snatch the seat that is perceived to be the bedroom of ODM in Nairobi County.