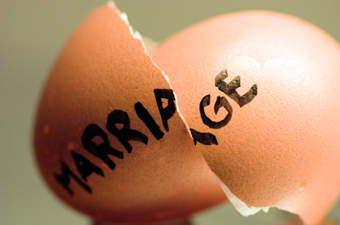 The Nairobian did not carry out a random survey, but you can be sure there were fewer Kikuyu men who trooped to Uhuru Park for the recent ‘swearing in’ of Nasa luminary Raila Odinga, a Luo.

The Luos and Kikuyus are historically divergent communities, a situation further accentuated by their huge variances in language, culture, mindset, attitude, belief system and social mores.

Their only point of convergence is in intermarriages: It is common for Kikuyu women to marry Luo men than it was the case at independence when the late Wambui Otieno, mother of four, married the late criminal lawyer SM Otieno-and dispensed with bride price altogether.

This convergence in matrimony, though, is one sided: Kikuyu men don’t rush with equal zeal to marry Luo women…which to most people from Central Kenya is akin to “kujiapisha.”

Evans Karuku, a TV programme producer, blames the two community’s shared political acrimony which “goes back to the era of Jaramogi (Raila’s father) and Mzee Kenyatta (Uhuru’s father). There has never been a good relationship between the two communities even in modern politics and the two hardly unite, making it hard for romantic relationships to thrive.”

Businessman Brian Gitau points out that besides political differences, culture contributes a huge part. Kikuyus are Bantus who circumcise their boys when they come of age while Luos are River Lake Nilotes for whom the cut is meaningless. “In Kikuyu culture, any uncircumcised man, whether 50 or 100 years old is still considered a “kihii” (uncircumcised boy) who cannot say anything of importance or attend any meaningful ceremony and hence, the two tribes are not compatible,” reasons Brian, giving the reason the two don’t see eye to eye.

So, why do Luo men prefer marrying Kikuyu women and why do Kikuyu women fall head over heels for men from Luo Nyanza?

Paul Odera, en Events Organizer, explains that Luos are mostly dark skinned and the light complexion of sisters from Central Kenya is one factor.

“Their yellow-yellow colour drives us crazy. We cannot resist a Kikuyu woman. Second, they’re hardworking and enterprising and will help you grow your business. Since Luo men don’t care much about money, a Kikuyu woman will multiply it for the family,” he says. As for why Luo men skirt marrying their chicks, Odera shares that Luo women can be a handful.

“They are on your face from personal life to business! She must co-sign and you don’t even have a chance to breath,” he says. Kikuyu women, on the other hand, says Odera are easy to handle.

“They are hardly on your face all the time, as long as you are providing they take a back seat.”

Collins Omondi, a farmer, concurs, arguing that it’s easier to date a Kikuyu woman. “They are easy to handle compared to Luo women who have egos and demand a lot of expensive things. We have left them for wazungu. Kikuyu women are also more beautiful and while they might not be better in the bedroom, they are willing to go with the flow or do anything to impress, but a Luo woman only gives what she wants.” Kikuyu women also have their reasons for preferring brothers from the Lakeside.

Loise Wairimu, an IT technician, finds Luo men irresistible for two reasons. “First, Luo men are great in bed and they have bigger junks compared to our men and secondly, they go the extra mile in relationships. A Luo man will make you feel you are the only one in the relationship even if you are many. When you meet him he is already using sweet words like babe, honey, my wife, which is very romantic.”

Wairumu also says they’re better providers ensuring “you have what you need and they are gentlemen so we love them but our Central brothers do not care much about chivalry.”

Rachel Wangeci, a sales representative, agrees and argues that her brothers from Central Kenya hardly put effort in relationships and the moment you ‘enter his box’ he treats you like a woman who has five of his kids.

“Being romantic is not in their dictionary, they behave the way their fathers treated their wives. Luo men make an effort to celebrate things and treat you well even in bed,” she explains elaborating that for Kikuyu men lungula is “about him satisfying himself and they don’t care whether I am satisfied or not.”