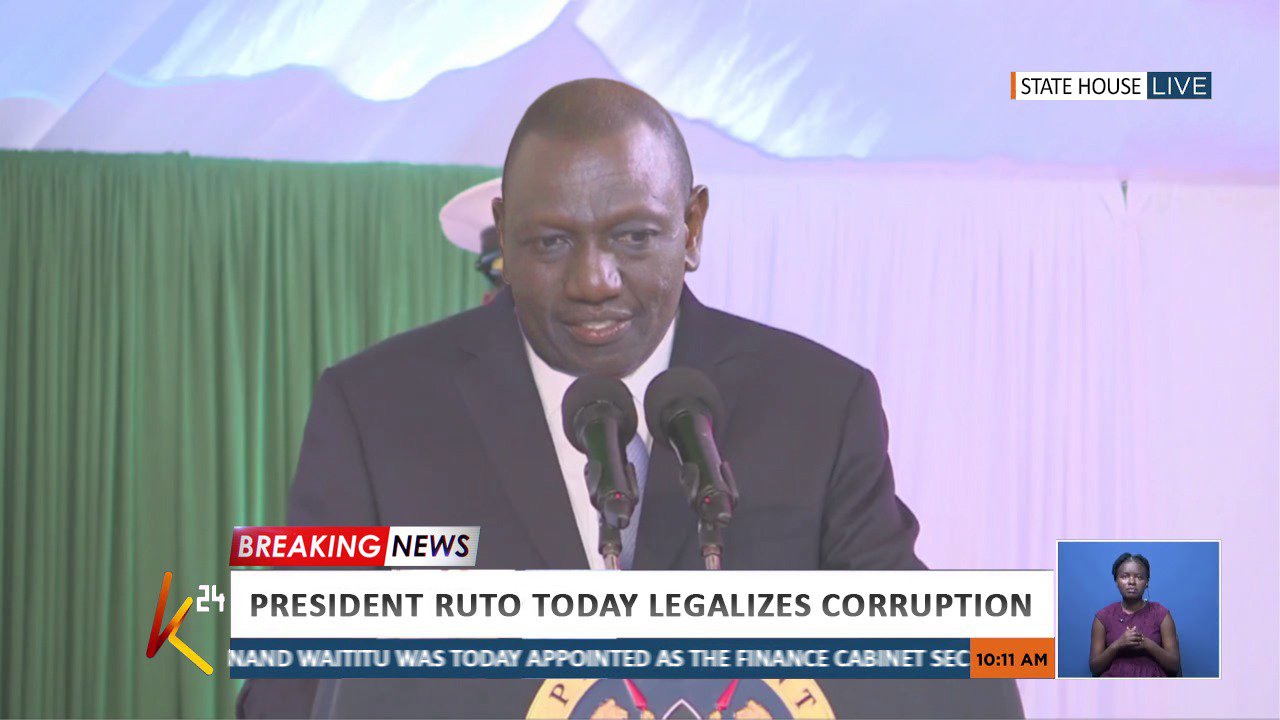 Kenyans have had different views on what can happen under DP Ruto’s presidency.
In early morning tweets on Friday, they had the following to say;

Friends and foes just take a moment and think about #KenyaUnderRuto ????????‍♂️Think of Oscar Sudi as interior CS, Khalwale as Statehouse sookesman and Murkomen as Chief justice! Picture this and internalize it, will you leave your future under these gluttons? Really????????‍♂️ pic.twitter.com/615VwynSxN

#KenyaUnderRuto lousy mouth murkomen is the new chief justice now laws can be bought by the elites pic.twitter.com/MX3fkH1tAZ

#KenyaUnderRuto: The year is 2072 and the whole world is looking for the drama Kenya has got into. The Long-time Dictator William Ruto has Declared his Birthday a National Holiday(Samoei Day). This is after he realized he has ruled the country single-handedly for 50 years. pic.twitter.com/TgASUGmRE3

Man is already advocating for Kenyans to be murdered , what if he becomes president ???????? #KenyaUnderRuto pic.twitter.com/hgt0tjX7Fx

The introduction of taxes that do not exist and which do not benefit the local mwananchi is what I see in #KenyaUnderRuto pic.twitter.com/fFrtaMOna6

Ruto has lied to Kenyans for far too long…All his promises have ended up being wet dreams. Its high time Kenyans ignored him in the forth coming General Elections and chose a serious Candidate… Analyst Gideon Kitheka Jrn Says.#KenyaUnderRuto pic.twitter.com/Q8Y34bXI2p