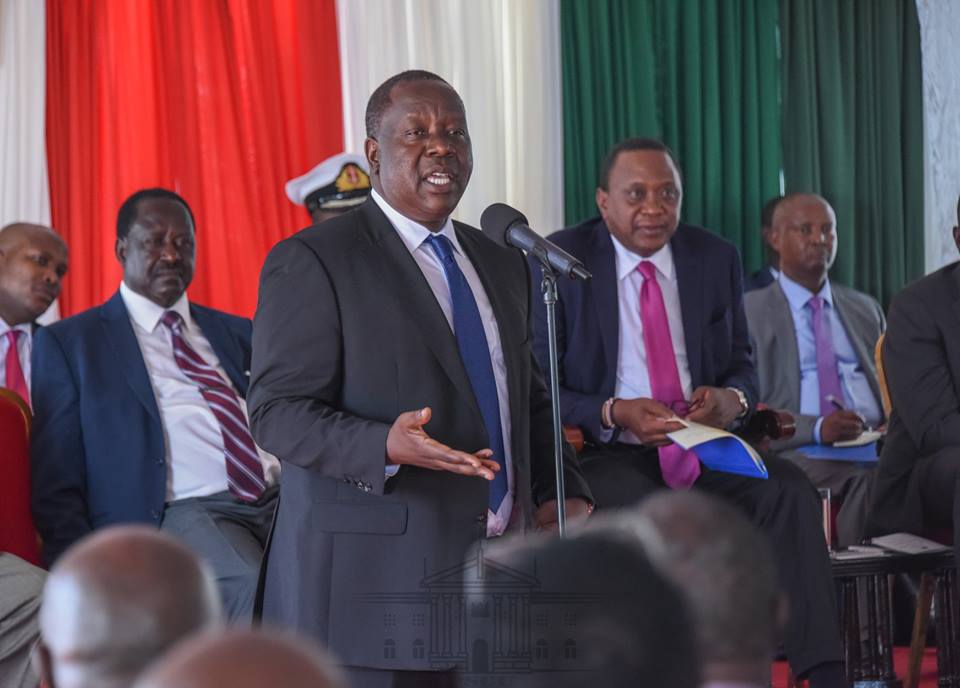 Interior CS Dr Fred Matiangi will henceforth be chairing all Cabinet meetings at State House Nairobi. By that move, what Uhuru and Raila have done is to politely tell William Ruto that he is no longer welcome to the Cabinet. One other thing they have politely told him is that should he feel a compelling need to attend any Cabinet meeting, he ought to be ready and willing to sit on the flanks, nestled between the CSs that he falsely accused of trying to kill him, as Dr. Matiang’i sits at the head of the layout.

In view of this, the office of the Spokesman of the Abagusii people of Kenya wish to convey our sincere and heartfelt gratitude to the two Principals, His Excellence Raila Odinga and His Excellence Uhuru Kenyatta for elevating Dr. Matiang’i to the helm of the Cabinet. Further, our congratulations go out to Dr. Matiang’i for his deserved elevation. And on that note, we wish to state that “We are now in Gabamenti” and that “They are no longer in Kafamen”

Here is how The Star reported the story:

Although the President is getting daily briefs on all matters involving the Cabinet from Head of Public Service Joseph Kinyua, he only chairs full Cabinet meetings when a major item is on the agenda.

“The Cabinet meetings [are held] weekly under Matiang’i to assess the implementation of all government agendas. The President only chairs the meeting when there is a major issue like the budget or a crisis,” a Cabinet Secretary confided to the Star.

Mating’i is regarded as the can-do ‘super-minister’ and some observers say his elevation to oversee national projects is meant to sideline Deputy President William Ruto who likes to launch projects.

Most government business is now transacted through Cabinet subcommittees which meet regularly and report to Matiang’i.

In January this year, Uhuru appointed Matiang’i as chairman of the National Development Implementation and Communication Cabinet Committee.

Part of the committee mandate is to provide supervisory leadership throughout the delivery cycle of all national government programmes and projects.

However, Article 153 of the Constitution makes Cabinet Secretaries accountable to the president.

“Cabinet secretaries are accountable individually, and collectively, to the president for the exercise of their power and the performance of their functions,” Article 153 (2) states.