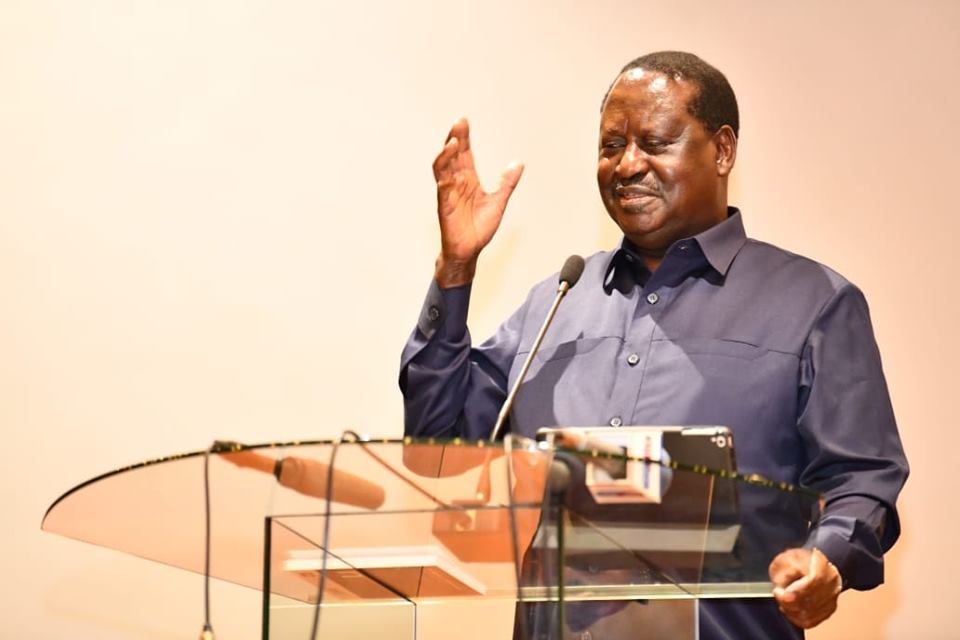 KTDA handles between 160 million and 200 million kilos of processed tea annually. About 60% of that processed tea is sold at Mombasa Tea Auction on Tuesdays all year round, where crooked,opaque and corrupt ‘price discovery’ is done.

The other 40% is handled through private arrangements where certain players are given wealth on a silver platter. The 40% private arrangement is handled by the marketing department. They give tea to a Mombasa subsidiary of KTDA called Chai Trading Limited and some international players like Lipton which buys around 100 million kgs annually from KTDA. Chai trading Company even has an Office in Dubai. It is treated as a non-KTDA entity which is just fraud.

The Auction is the first instance where the subsistence Tea farmer is conned. Big multinationals and Chai Trading suppress the auction prices by bidding rock bottom prices. So brokers are unable to sell them the tea below reserve prices.

Therefore when the multinationals and Chai Trading fail to get tea at rock-bottom extortion prices, they go to Marketing Department on Wednesdays where they are offered the tea at rock bottom prices.

Chai Trading Limited deals mostly in premium tea grown in the region known as east of Rift Valley which is Kiambu,Muranga, Nyeri, Kirinyaga,Embu and Meru. No guessing what happens behind the curtain and who in KTDA personally benefits.

Sri Lanka had the same problem. To sort out the mess similar to what is happening today in Mombasa, they decreed that all tea must pass through the auction. The result? Farmers in Sri lanka today earn double those of Kenya despite our Tea being of better quality.

Tea farming in Kenya is on its death bed because the Farmer is not benefiting from his sweat and is uprooting the crop. This is a consequence of corruption at KTDA. Most factories do not even do proper Audits and lose a lot of money from this thuggish Chai Trading Limited outfit.

To stop the Kenyan Tea Farmer from uprooting tea in his farm, the following measures must be put in place quickly.

1. In our Constitution, Agriculture is a devolved function. Therefore KTDA (Kenya Tea Development Agency LTD ) should be disbanded. The National Government and County Governments must have control of a new and transparent KTDA (Kenya Tea Development Corporation) where in the board would seat members directly answerable to farmers who sit in the Senate, County Assemblies.Farmers can also Sell KTDA on the secuitity exchange like Safaricom or Kenya Airways.The resulting transparancy will make it more efficient
The same to Kenya Pipeline Company and other parastatals

2. The side kick company called KTDA Holdings must sell all assets belonging to farmers and distribute the money among all farmers on pro rata basis. Assets include Real estate in Nairobi and Mombasa,speculation land etc and close down the Dubai Office.

3. All Tea grown in Kenya must go through the Auction, including from Private Kericho farms where Kenya Revenue Authority (KRA) must be losing scores of billions in transfer Pricing by Lipton (100 million kgs of Tea exports from Kericho).

4. Factory boards must be overhauled for acting against the wishes of farmers. For example, the boards have allowed KTDA head Office to force them to pay salaries of KTDA staff posted from Nairobi. They have also agreed to pay all taxes incurred by KTDA head office in Nairobi.

5. KTDA must be opened up for competition. At the least, 3 firms should be acting for farmers so that prices can go up.

6. Tea at the auction is paid after 9 days. However the tea from Chai Trading is mostly paid for after 2 or 3 months. Sometimes even after half an year. So it is possible to buy premium Kenyan tea at Chai Trading, sell it, then buy oil from Iran, sell the oil and buy wheat to sell from Khazakstan before paying the farmer for his produce. Chai Trading must be abolished and corruption investigated.

7. The management fees that KTDA charges farmers is too high at 2.5% of turnover. It should be reduced to 1% because the core business of KTDA is to manage tea of 650,000 farmers who have 5 million dependents. This 2.5% is wastage where each of the 12 directors are paid 2 million per month.

8. Tea at the auction is paid for after 9 days. So the farmer can be paid weekly. KTDA keeps the money to pay bonus after 1 year so that the bosses can earn kickbacks from banks to deposit the money in fixed deposit accounts.

In summary ,KTDA is a very badly run cartel. For example kshs 4 billion of farmers money has been lost in collapsed banks. Corruption is entrenched at Chai Trading. And insider trading. Tenders are won by insiders. KTDA elections are also shambolic and opaque.
Is it any wonder that one Mombasa broker has bribed his way to selling half of KTDA factory teas at the auction?

KTDA controls over kshs 60 billion of farmers money and must be regulated like banks. An international Audit firm must look at the books of KTDA since year 2000 to find out the amount of money farmers have lost to fraud.

Additionally, Tea auctions should be done at Sagana Railway Junction so that importers make their own arrangements on how to transport their cargo. Today, KTDA transports the Tea all the way to Mombasa at the cost of farmers. This is fraudulent because kickbacks are given by truck owners to KTDA staff.

The CS for Agriculture knows that he needs to implement two Tea Task Force reports but has avoided this eventuality. Why?