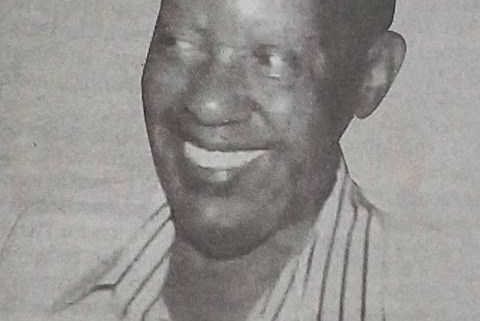 The history of independent Kenya has been shaped by many feelings, some positive and others negative.

There have been many moments of anger which have brought about national crises such as the 2007/8 post-election violence.

First President Jomo Kenyatta’s moment of anger in 1969 led to the infamous Kisumu massacre which left 11 dead and hundreds injured.

However, some moments of anger have been resolved before they left a blight on Kenya’s history. One such incident is narrated by former Head of Public Service and billionaire businessman Jeremiah Kiereini.

In his memoir, A Daunting Journey, recalls his moment of weakness when he nearly shot dead four senior government officials, including the then Head of CID Ignatius Nderi.

According to Kiereini, the ugly incident took place in the 1970s at the Nairobi’s Mayfair Hotel where he had gone for a drink.

At the table were some of the most powerful people in Kenya at the time: Commissioner of Police Bernard Hinga, Head of Criminal Investigations Department Ignatius Nderi, General Service Unit (GSU) Commander Ben Gethi, and the late businessman Harun Muturi.

Harun Muturi, who is the father to the current State House Deputy Chief of Staff Njee Muturi, made comments that were very painful to Kiereini.

The week before, Kiereini’s business partner and then powerful Attorney General Charles Njonjo had been castigated by Members of Parliament for holding a parcel of land in Surrey, England, an act that was termed unpatriotic in light of Kenya’s colonisation by the British.

In contribution to the debate, Harun rebuked the former head of public service.

He remarked that Njonjo and Kiereini should be thrown out of Kenya.

“I was so enraged at Muturi’s foul and vulgar insult that I decided I would shoot him. I went to my car in an overwhelming rage, to get my gun… I even considered shooting them all! But as I walked out into the fresh air… I came to my senses… went straight home and slept,” recalled the man who went on to chair the boards of CMC Holdings and EABL.