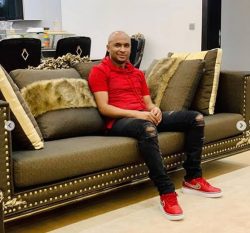 It has now emerged that the overrated Kisii County Commander Mr. Francis Kooli received a bribe of Ksh10m from the outgoing governor hon James Ongwae to allow him disobey the court orders that bars him from grabbing a private piece of land belonging to businessman and politician hon Zaheer Jhanda. Mr. Jhanda is a close ally of Deputy President Dr. William Ruto.

According to a County insider whose name we choose not mention because of security reasons, Governor Ongwae through the County Secretary and head of public service Mr. Patrick Lumumba, compromised the Kisii security team headed by the County Commander Mr. Francis Kooli to turn a blind eye and ignore the court order.

Sources from Kisii County indicate that Mr. Lumumba is the governor’s stooge and partner in crime and that they steal the County’s resources together.

Documented evidence made available to us indicates that the said prime piece of land located opposite Kisii School legally belongs to Mr. Zaheer Jhanda but the governor has been salivating for it for a long time. He is said to be using the County government to acquire it by all means. Available documents indicate that Zaheer Jhanda has been paying the land rates to the same County of Kisii for the last 10 years.

It is also believed that the Governor sent a delegation to hon Jhanda, asking him to allow the governor take over the private land in exchange of a contract at the County government. However the businessman declined the offer. In retaliation the governor started alleging that it is public land belonging to the County government of Kisii. He vowed to use every means possible to frustrate him.

Zaheer moved to court and obtained a court order that barred the governor from developing the land. 6 months later, the governor reemerged and started to rebuild the wall despite the court order to halt the construction by force.

Ongwae ignored the court order and decided to compromise the Kisii County Commander Mr. Francis Kooli who in turn provided him with security to oversee the construction of the perimeter wall uninterrupted despite the court order.

Top County officials have been overheard boasting how they have the Kisii county security apparatus in their pockets. They claim they are in control of their commander Mr. Kooli and that they can do whatever they want with impunity because they cannot be taken anywhere. Meanwhile, the rightful owner of the embattled land Mr. Zaheer has written to the Inspector General of Police to seek answers.