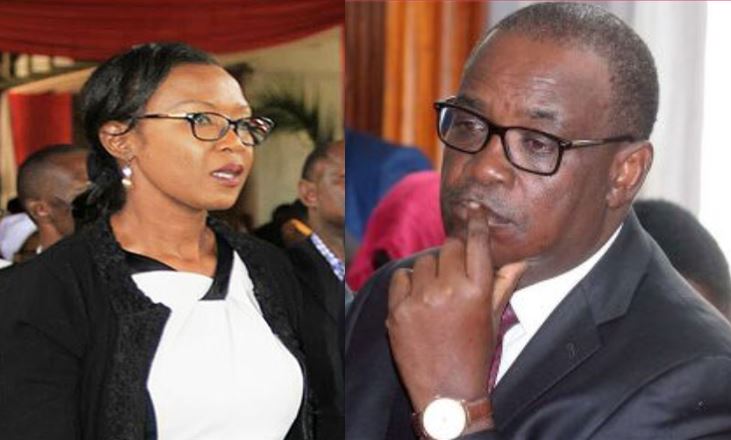 Kidero in trouble as wife files for divorce

Reports have leaked that besieged former Nairobi Governor Evans Kidero is thunderstruck after his wife Susan Mboya rushed to court in a bid to terminate their marriage at a time when Kidero is facing corruption charges.

According to sources, Mboya has made a rush decision to move to court after it dawned on her that her husband’s property could be frozen and therefore wanted to escape with her share prior to any eventuality.

In the past Kidero had accused the anti-corruption agency of dragging his family into allegations made against him.

He discredited the Ethics and Anti-Corruption Commission (EACC) claims that he is worth sh9 billion and accused the agency of taking advantage of the Magistrate Court’s search orders to cart away, among other things, his wife’s documents.

According to Kidero, the EACC ought to have first asked him whether he owned all of the 75 properties it listed and argued that 15 of them did not belong to him.

A source privy to the development of the divorce case said the former governor is hell bent to ensure that the matter does not leak to the public and even accessing court documents have remained a nightmare to the curious journalists.

It’s reported that when Mrs Mboya first floated the divorce idea to her husband, she packaged it to appear like it would be of great help to the entire family in the event that property in the name of Kidero were frozen.

“This way Susan tried to convince Kidero that whatever she would go with after the divorce will still be treated as family property even in the court his share of the property is taken by the state’’, the source added.

However, a furious Kidero is said to have objected the idea and maintained that he was not for the divorce option and pleaded with the wife not to make such a step at this time the family was undergoing stress due to his frequent visits to the courts.

It’s further reported that the two are now living together at their Muthaiga residence in Nairobi after Susan bolted away from their matrimonial home and filed the case against the wishes of her husband.

Privy sources that the former governor and wife have been having frequent disagreements but the matter escalated when he left the office as Nairobi CEO and anti-graft sleuths started trailing him.

Since he left the office police and Ethics and Anti-Corruption Commission (EACC) detectives have been staging endless raids at his Nairobi home to either arrest the governor or search for relevant documents that can be used to prosecute him against corruption.

Attempts by Weekly Citizen to reach Kidero for comments were fruitless as he did not respond to a text message and several phone calls made to him.