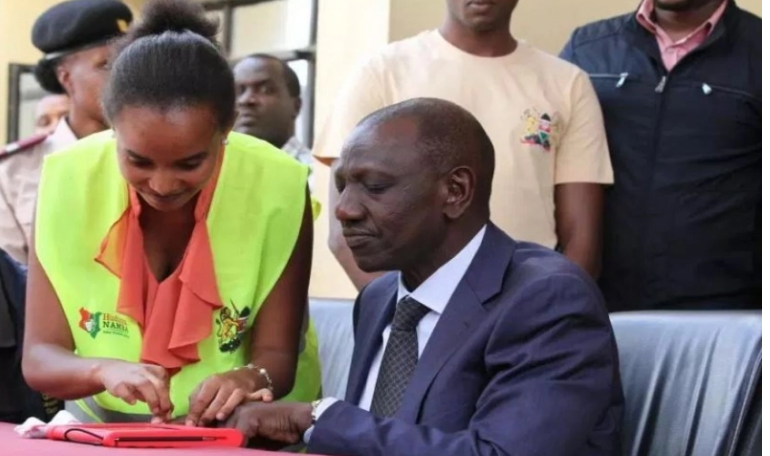 Speaking on Thursday when he made a press conference at Marigat in Baringo County, the Government Spokesperson Cyrus Oguna said the government will deploy two clerks in every sub-location to oversee the exercise. However, he didn’t clarify whether it will have another deadline or just continuos.

“Those who did not register because they lacked birth certificates or other documents will be allowed to register this time round,” said Mr. Oguna.

The government had earlier in May promised that the exercise will continue in all chiefs’ offices after the official deadline in May. This was however not the case as the exercise remained closed in most administrative offices.

Oguna’s report comes at a time Interior Cabinet Secretary Fred Matiang’i is preparing to present a bill in parliament that if passed, will make the lives of many Kenyans who do not have a Huduma number unbearable since they will not be unable to access government services.

The Huduma card, according to Matiangi’s bill, will serve as the official government-issued document for identification and conduct of transactions.

With the bill in place, anyone who will transact business without the Huduma Namba will be liable to one-year imprisonment or pay a fine not exceeding Sh1 million.

This comes at a time when most Huduma Namba Registration Assistants (RA) and IT officers who were involved in the last registration exercise are crying foul over their allowances which they have not yet received from the government.

Despite the exercise being allocated a huge budgetary fund of approximately Sh5 billion, the youth who ensured the process was done smoothly have now lost hope after the national government went quiet on their payments.

Most registration assistants are said to have only received Sh20,000 in the first batch of payment that was disbursed in May. However, according to them, the remaining Sh18,000 which was to be disbursed immediately after the Huduma Namba registration deadline has delayed than expected.