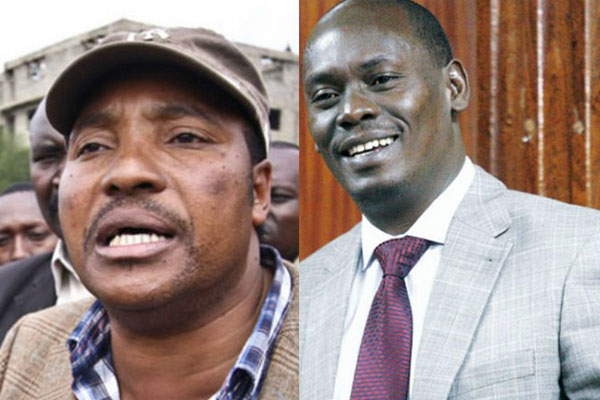 ICYMI: In this undated clip, former Kiambu Governor William Kabogo warned that Waititu (who had just announced he is switching political base from Nairobi to Kiambu) only wanted to be governor to loot. And LOOTING, he’s done! @Asamoh_ pic.twitter.com/Ot5n2EwWbT

During kabogo tenure, everything was straight forward from licences, parking fees, one could not work in Kiambu county without a licence. ikifika April every yr kill MTU amelipa and confirmation SMS sent to u . Today it’s 3 yrs since I paid licence nobody bothers.
See our lives pic.twitter.com/Gi4NelQkZf

So now they have been given a new opportunity but are over here praising kabogo. When will Kenyans carry their brains with them?

Just imagine :Waititu being Minister of Finance in the grand tanga tanga government headed by arap kimwerer.
Imagine :Sudi as the minister for security and Murkomen as the Attorney General.
People like kabogo will just cross the border…. pic.twitter.com/rlB7AfyMpM

The people of kiambu did not vote Kabogo out,William Ruto did. They were looking for a little excuse to take kabogo down and sadly @honkabogo gave them one. But trust me Kabogo’s votes were stolen by the thief from Sugoi.