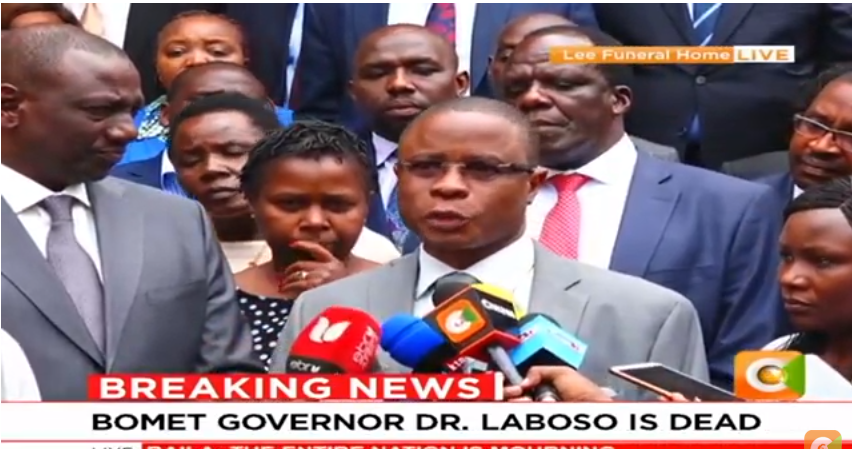 The family of the late Joyce Laboso on Tuesday announced that the Bomet Governor will be buried in Fort Ternan, Koru, Kisumu County.

However, this will be after a funeral service held in Bomet, the husband Edwin Abonyo said.

The dates of the burial and funeral service are yet to be communicated.

On Monday, Dr. Abonyo intimated how Laboso’s candidature in Bomet had been challenged because of where was married.

“Her running was something unprecedented in this country as she was married elsewhere but vied for a political seat elsewhere…it all started in Sotik,” he said at the Lee Funeral Home in Nairobi.