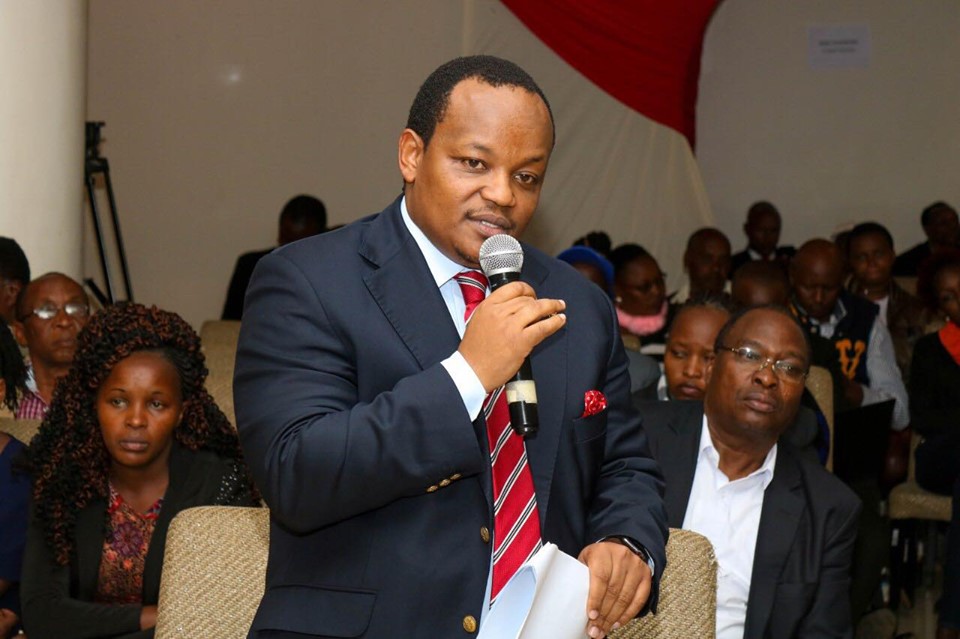 Nyeri Town MP Ngunjiri Wambugu now claims that the friendship between President Uhuru Kenyatta and his deputy William Ruto has been badly severed.

Speaking on Thursday, the first time lawmaker claimed that the two are not as they were some years back, observing that they no longer enjoy the good relationship they initially did.

Asked if the two can save their political marriage which seems to be having some serious problems, he said that it remains their decision to either mend it or further break it.

“I cannot comment on whether there is hope to repair their broken political ties; that is up to both of them to decide,” he told the press.

However, he noted that the DP still has a chance of saving his relationship with the president, observing that its possible that they get along like before.

However, he said, it will require Ruto to change his ways and agree to become the junior he is, observing that he must behave according to his position if he is to survive.

“A lot will be determined by how the DP will behave towards the President; if he changes tack and takes cues from his boss, then they are likely to get along better,” added Ngunjiri.

The MP is part of the anti-Ruto Kieleweke team that has been accusing the DP of undermining the legacy Uhuru seeks to leave by engaging in early campaigns for his 2022 presidential bid.

Some of the team members like nominated MP Maina Kamanda have been pouring cold water on Ruto’s ambitions.