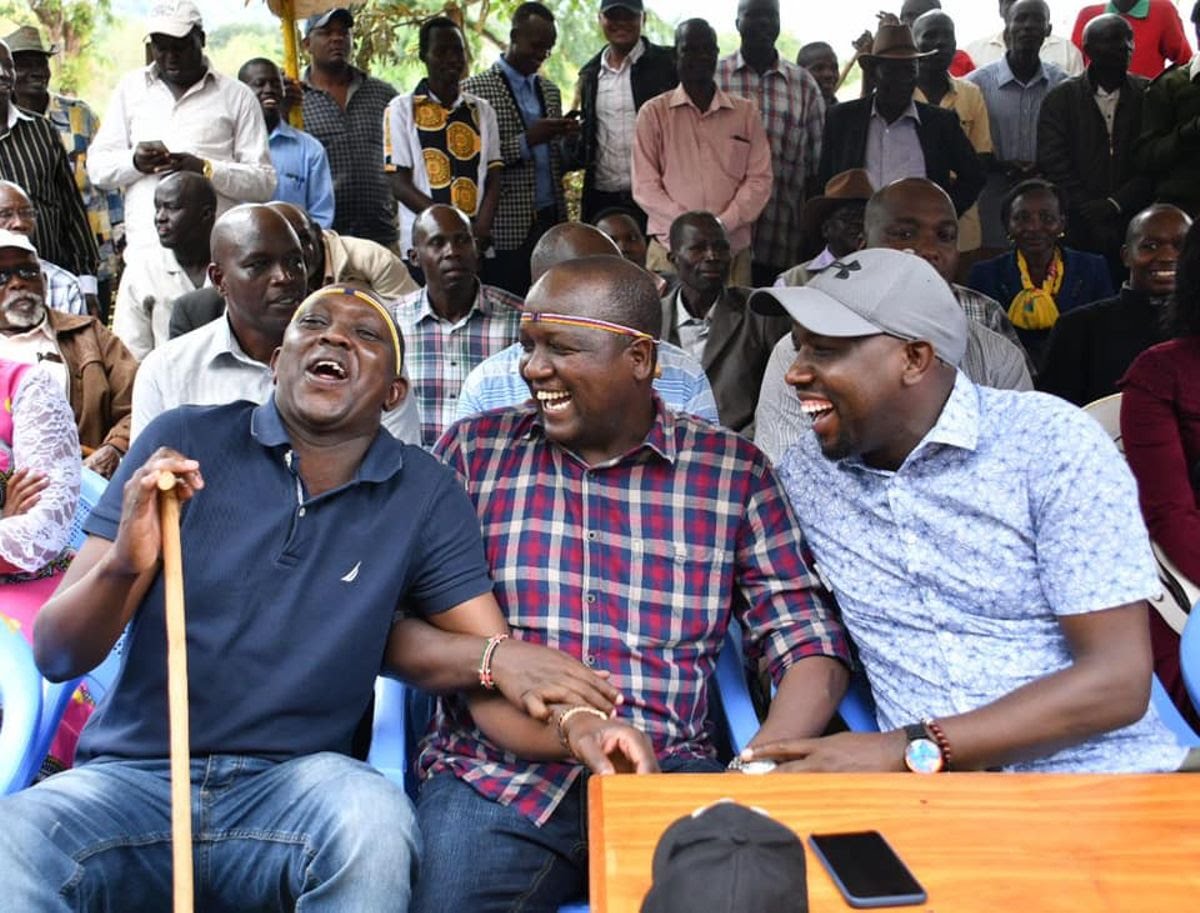 Tiaty Member of Parliament William Kassait Kamket came face to face Thursday with allies of Deputy President Dr William, who he has viciously attacked in the past.

In photos shared by Senator Kipchumba Murkomen, the Tiaty legislator is seen trading friendly banter with the two DP Ruto-backing politicians in stark contrast to their previous strong political exchanges.

The leaders appeared to forget their strong political differences for a worthy cause of pacifying the North Rift region that has long been ravaged by banditry and cattle rustling.

Kamket is strongly opposed to the deputy president’s 2022 presidential ambitions, saying that his presidency would be a disaster.

He has been rallying communities in the vote-rich Rift Valley region to vote for the leader of the Kenya African National Union (KANU) and Baringo Senator Gideon Moi.

“We have said that all Kalenjins and the people of Pokot will rally behind Gideon Moi after President Uhuru Kenyatta leaves office. (Kalenjin yote, tumesema sauti ya Wakalenjin na Wapokot wote ya kwamba baada ya Mweshimiwa Kenyatta ni Gideon Moi, ” he said about two weeks ago as he railed against Governor Lonyangapuo for associating with Ruto and his allies.