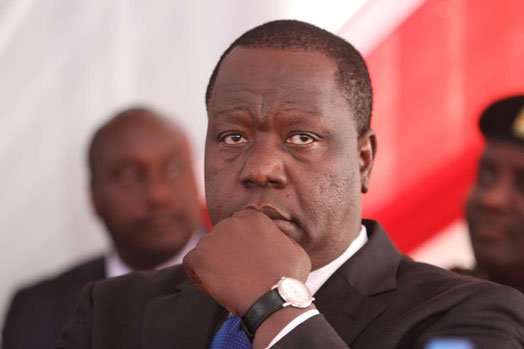 By Cyprian Nyakundi via fb
But I have been a big critic of EACC and ODPP in the Ruaraka land saga scam.

I had started serializing the scam and was arrested when I was at part 5, when I came out of the police cells, Francis Mburu Mungai had already sued me, and courts had given him gag orders.

This is a hot case that implicates the likes of Matiangi, windy looking education PS Belio Kipsang and former AG Githu “Mortician” Muigai.

You would know this was a hot case, with the way the file was being thrown, ODPP, EACC , ODPP, EACC, ODPP…… EACC

In all these instances, Noordin was returning the file to EACC because the case was not “Watertight” …Hmmm

But some people at EACC say Noordin fears arresting Matiangi since he has made a cameo-appearance in the saga.

As long as the ODPP and EACC dont put their house in order, it will look as if the state machinery is only after Arap Mashamba’s crooks.