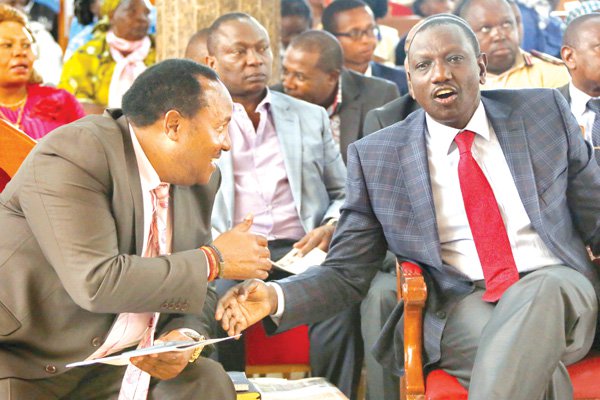 Kiambu Governor Ferdinand Waititu has been barred from office for the duration of the case involving the irregular procurement of a Sh588 million tender for upgrading of various gravel roads to bitumen standard.

In the ruling, Justice Ngugi held that governors, just like other civil servants, should step aside once charged with criminal offences and their roles taken over by their deputies for the duration of the trial.

That effectively means that Mr Waititu’s deputy, Dr James Nyoro, with whom they have had a falling-out in the recent past, will be taking over the running of the county.

The governor has severally claimed that his misfortunes were being orchestrated by his political enemies led by Dr Nyoro.