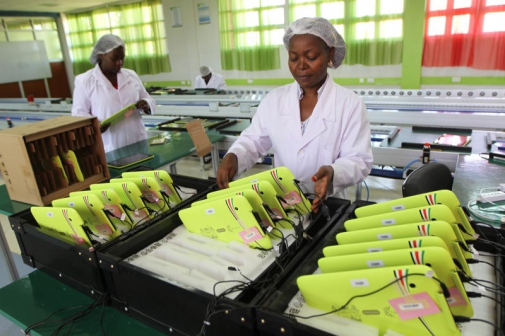 The eight were accused of stealing gadgets delivered from the Ministry of Education to boost the Digital Literacy Programme at the school.

According to reports, the laptops allegedly disappeared from the head teacher’s office. Police acting on a tip-off from recovered 11 gadgets and arrested eight pupils on Tuesday.

Awendo Education director Yashon Magara said police arrested the Standard Six and Seven pupils as main suspects observing that the pupils were going to help police in recovering the gadgets that are still missing.

While confirming the incident, Awendo police boss Jacob Waluke stated the minors will be arraigned for burglary and theft of government property once the investigations are completed.

“We are treating the minors like any other suspects based on the accusations and exhibits in our possession,” he communicated.

It was suspected that the students were colluding with parents to steal devices meant for learning in schools.

This is not the first incident of similar thefts in schools. In 2018, police also arrested three students who were accused of stealing 32 tablets from Lukova Primary School.

After interrogations, the officers managed to recover 29 of the stole gadgets alongside other projectors, laptops, and tablets that was estimated to cost more than Sh1.8 million.

The laptops were a project of the Jubilee government when it came to power in 2013. So far nearly 80% of Kenya’s primary schools have already received the gadgets with the Ministry of Education expressing confidence in the improvement of ICT learning among primary school kids.