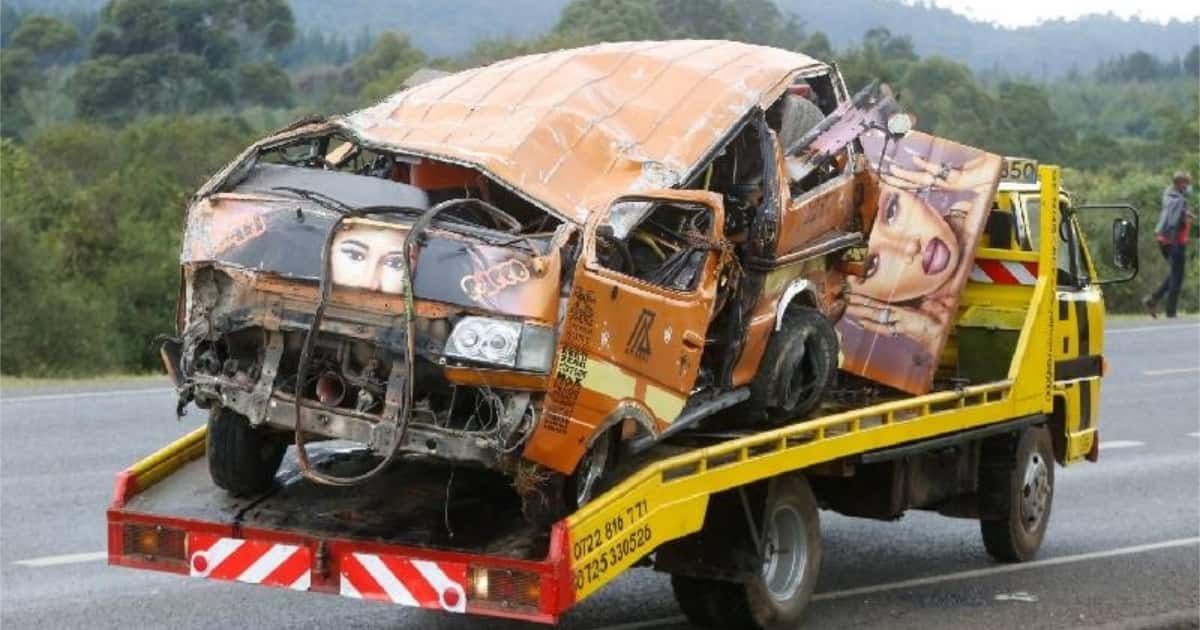 Five people have been confirmed dead after a Matatu collided with a truck in Londiani along the Nakuru-Kericho road.

According to Londiani OCPD Joseph Odipo who confirmed the incident, seven others were injured in the Sunday morning accident, involving the matatu that was heading to Nairobi from Busia.

“Five passengers lost their lives on the spot while seven were seriously injured. The drivers of the two vehicles were among those who sustained serious injuries,” Odipo said.

The police boss added that the driver of the matatu belonging to the Transline company was speeding and trying to overtake the truck that was ferrying iron sheets to Kericho.

“Many accidents have occurred at this area. It is a known black spot where speeding, overtaking and careless driving are the major causes of accidents,” he said.

The OCPD also called on road users especially those driving at night to be watchful and observe traffic rules.