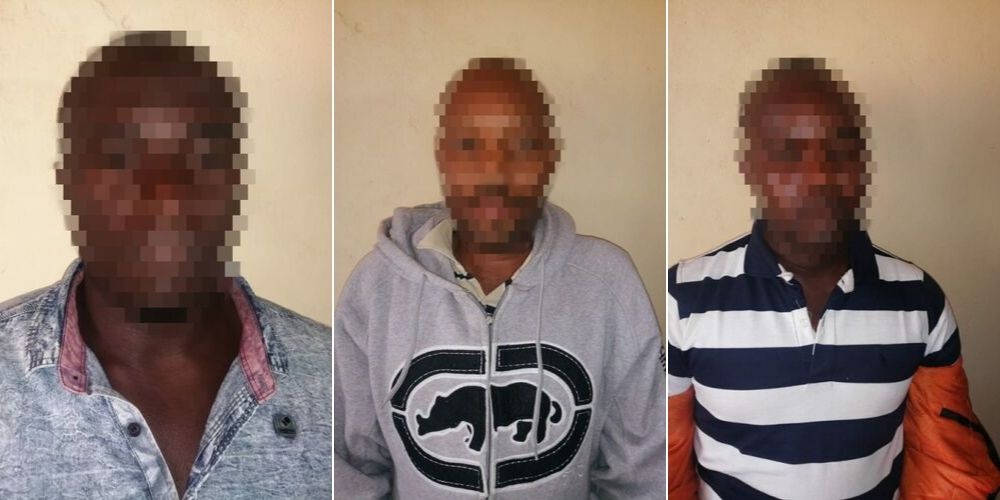 Three officers attached to the Directorate of Criminal Investigations (DCI) were, on Wednesday, October 2, arrested after they were caught smuggling bhang.

In a statement, DCI explained that the suspects were nabbed along Garissa-Thika Highway with Ksh239,500 and 245 kilograms of bhang.

The illegal drug had been carefully packed to appear like stones and was seized by a multi-agency team.

DCI further announced that investigations into the incident had been lodged.

This comes after DCI arrested three other suspects in connection with the siphoning of Ksh900,000 from a granny’s bank account.

The three suspects, Antony Kaira, Kelvin Maina and Vivian Jelagat, illegally withdrew the money in four installments of Ksh300,030 (thrice) and Ksh70,000. They channeled the money to different sim cards.