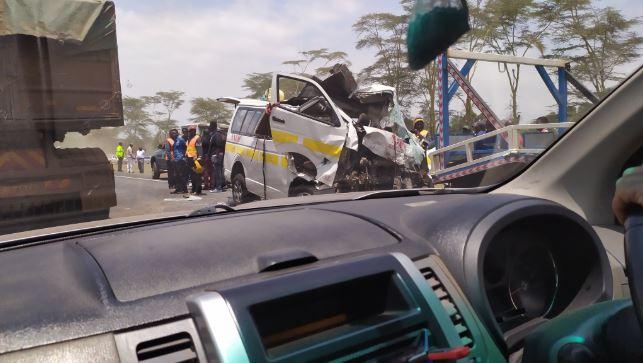 A matatu shuttle on Monday, September 9, is reported to have been involved in a grisly road accident along the Naivasha-Nakuru highway.

The accident that involved an NNUS Sacco matatu has caused heavy traffic along the highway between the toll station and Delamere shopping centre.

In a photo doing rounds the matatu is seen to have suffered massive damage with the roof caved and belongings of probable passengers are seen scattered at the scene.

Reports indicate three people may have lost their lives in the accident, but the police are yet to confirm the claims.