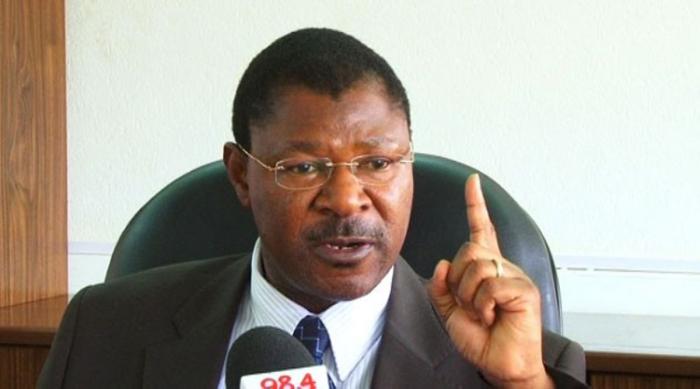 Ford party leader and Bungoma Senator, Moses Wetangula, on Thursday evening expressed his distaste of the current standstill between the National Assembly and the Senate over the Division of Revenue Bill.

He sent a resounding message to the Senate majority Leader, Kipchumba Murkomen, and his National Assembly counterpart, Adan Duale, while speaking in a Senate proceeding.

“I want to tell those who are trying to bastardize the CRA, that, woe unto them, because they are what you would call total ignoramus people who have lost direction, taken leave of their senses and they are behaving as if this country belongs to them,” he ranted.

The agitated Senator strongly defended the Commission on Revenue Authority (CRA), stating that it was the only qualified body to allocate funds to counties.

“There is no other scientific way, other than through the CRA that revenue is divided. We are not engaging with the lower house with games of the money in the box. “ooh, ongeza huyu hapa, tutaongeza hapa 2 billion” (Add this one here, we shall add 2 billion here), ” he remarked.

He went on castigate how Ksh 91 billion was allocated to the National Health Ministry yet the same work was done by the County Governments.

The Bungoma Senator however affirmed that the Senate would, however, continue fighting through the court to contend  with the National Assembly in matters of legislation and passing of bills.

On Thursday morning, Senators led by their Speaker, Kenneth Lusaka, marched to the High Court seeking to revoke 23 bills passed by the National Assembly without their involvement.

Watch the video below: