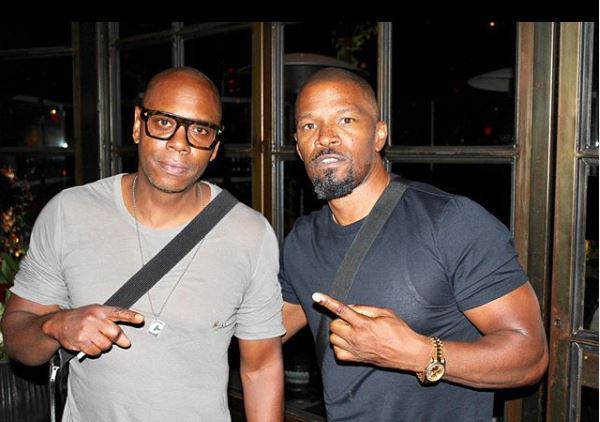 kenyagist.com has come across exclusive footage of American star Jamie Foxx impressing with his mastery of Swahili language.

In this undated video, a seemingly jovial Foxx appears alongside Mama Foli, a Kenyan designer and owner of fashion house Foligallery, as he praises Kenyan women.

In another scene, the Oscar-winning actor appears in a club alongside legendary Comedian Dave Chapel and gives a shout out to Kenya.

He started his career in comedy and swiftly moved to film and music.

He released his debut album ‘Peep’ in 2004 and dropped the second album ‘Unpredictable’ in 2005.

Jamie Foxx has over a dozen music albums to his name and has starred in over 50 films.