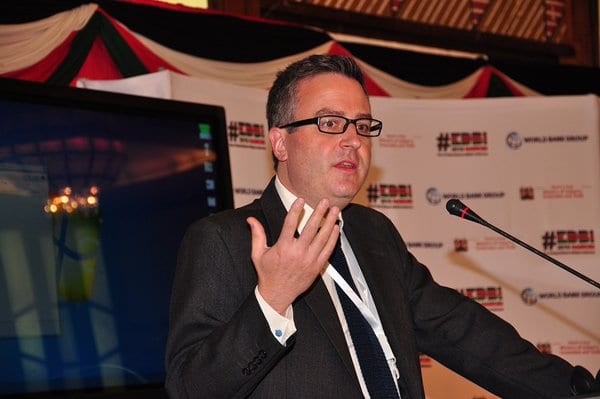 The two are members of the ‘Boy’s Club’ that was headed by the late Safaricom CEO Bob Collymore but Koinange did not know that Hailey had a hidden side hustle.

Besides carrying out his ambassadorial duties, the jovial leader has been growing his own vegetables in his palatial home in Muthaiga and has even had the privilege to serve it to his guests.

While appearing on Smart Farm segment, Hailey confided in journalist Denis Otieno that he grew up on a small farm and hence always inspired with farming.

“One, I grew up on a smallholding farm in the UK so I have always been interested in growing something with the land that I have.

“The second thing is that my job as an ambassador is about bringing people together and building relationships,” explained the ambassador.

The farm is so vast that he periodically grows different products including potatoes, spinach, beans among others. He also rears chicken which give him manure and bees for honey.

After the programme aired, Koinange, who was anchoring the news bulletin revealed that he was surprised with the realisation despite the years he had enjoyed friendship with the ambassador.

So invested is Hailey that he has fed over 4,000 people who have visited his homestead across the years.

“I am so proud when I can serve people my own food from my own farm and we have had the future king of England come to this house and eat with us. We have had all the waziris (ministers) come as well,” he proudly disclosed.

Here is a video of Nic Hailey’s farming side hustle: