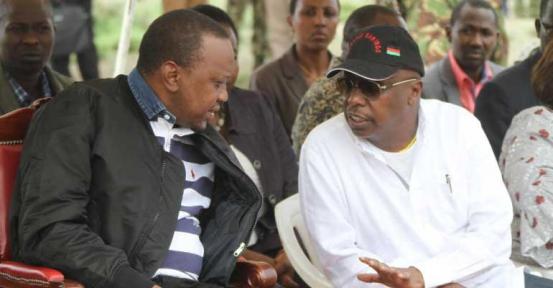 Have you ever gotten into trouble for passing secrets notes during class back in the day?

Well, President Uhuru Kenyatta seems to have been channelling his inner child, when he was caught on camera jotting down a note and passing it on to Baringo Senator, Gideon Moi, on Wednesday.

Despite the contents of the note being secret, the reaction by the Baringo Senator made it clear that Uhuru sent him something hilarious.

Gideon couldn’t contain himself as he laughed until tears rolled down his cheeks, as Uhuru looked on at him cheekily.

Uhuru was hosting various heads of government parastatals in the energy sector, but this did not stop him from sharing a light-hearted moment.

Netizens, not ones to be left out of the fun, quickly got on the wagon by trying to outdo each other, on what exactly Uhuru shared with the senator.

“When you grow older and you don’t lose this puerile nature, then you know you are living. I’ve watched this on repeat,” Millie Belucci tweeted.

However, some took it to the other side, stating that Uhuru and Gideon’s friendship was more binding than any political  memorandum of understanding (MOU)

“Generally speaking, there is a strong covalent bond between the president and senator Gideon Moi,” Jackson Ekiru tweeted.

Here’s the clip of Uhuru sending Gideon a secret note, as well as various hilarious reactions: 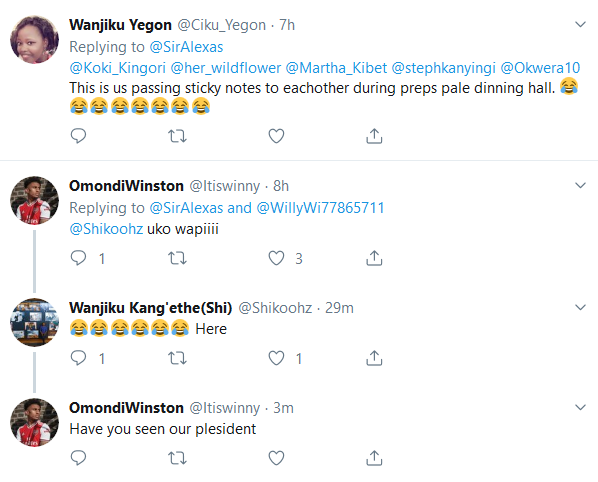 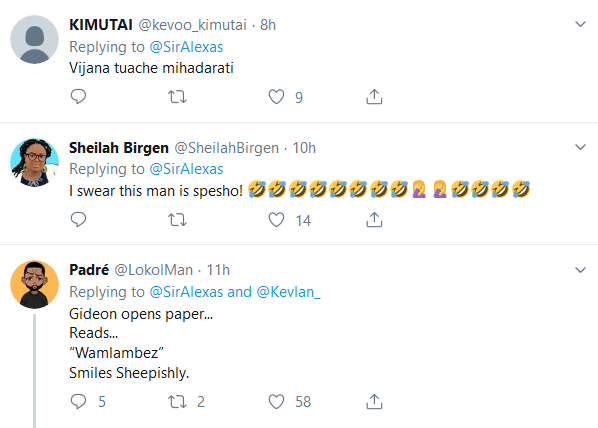