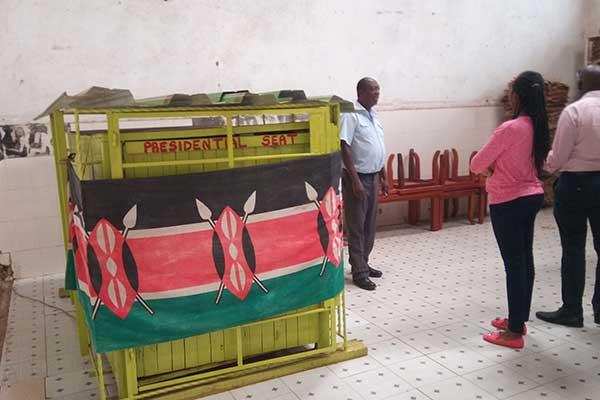 President Uhuru Kenyatta’s government is embroiled in a court saga where it was sued over a presidential seat worth Ksh 3.5 Billion shillings.

Nation on Tuesday, October 9, reported that the High Court had been petitioned to halt the opening of the presidential museum and exhibition centre as a suit was filed against the government by one Furncon Limited belonging to Solomon Njoroge.

Furncorn was obligated to design and furnish presidential instruments for government functions since 1990.

State House had rolled plans to open the centre in October 2019, a move which will render the firm jobless.

According to Nation, court documents highlight that in 1990, retired President Daniel arap Moi gave the tender to Furncorn over other firms.

In 1993, the Department of Defence ordered Furncorn to collect the furniture they had furnished at State House.

In 2007, the firm went to court seeking compensation. Allegations indicate that the amount has risen to over Ksh 3.5 billion.

Furncorns owner indicated that he had resorted to a Ksh1 million loan from a government bank in 1992 and had used his home as security.

His home was auctioned for Ksh 1.5 million in 1997 after failing to pay the loan.

An out of court settlement initiated in 2017 by then Attorney-General Githu Muigai is still underway.