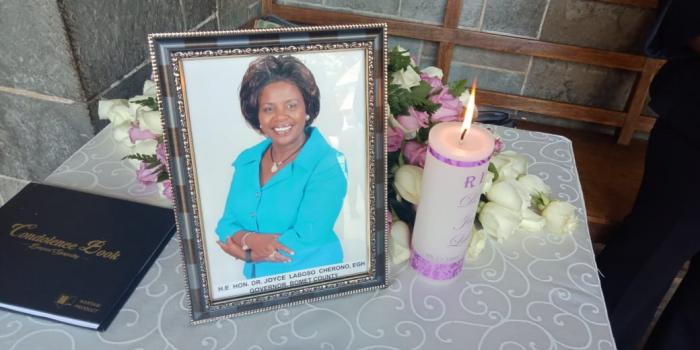 President Uhuru Kenyatta has announced three more ways that his government will use to fight the cancer menace in the country.

Speaking during the late Bomet Governor, Joyce Laboso’s funeral service, the president stated that his government will increase money allocated for dealing with the cancer disease, add three radiology centres and have eight chemotherapy centres.

“We will add three radiology centres across the country, we will put one in Garissa, another in Mombasa and Nakuru.

We will also add 10 chemotherapy centres in Mombasa which will be based in Kisumu, Kakamega, Garissa, Nyeri, Nakuru, Meru and Machakos,” he divulged.

Uhuru added that a radiology centre would also be established in Longisa hospital, Bomet, which he promised would be ready by September, so that residents could access proper medical care.

He noted that the Moi Teaching & Referral Hospital in Eldoret would be advanced for patients to access proper healthcare.

The president also established that Kenyatta University Hospital would be opened in September, with cancer treatment facilities.

His declaration comes a week after the country lost two great leaders to the disease.

The late Laboso, who suffered from colon cancer, died on July 29, 2019, at The Nairobi Hospital while Kibra MP, Ken Okoth, died on July 26, 2019, after a long battle with colorectal cancer.