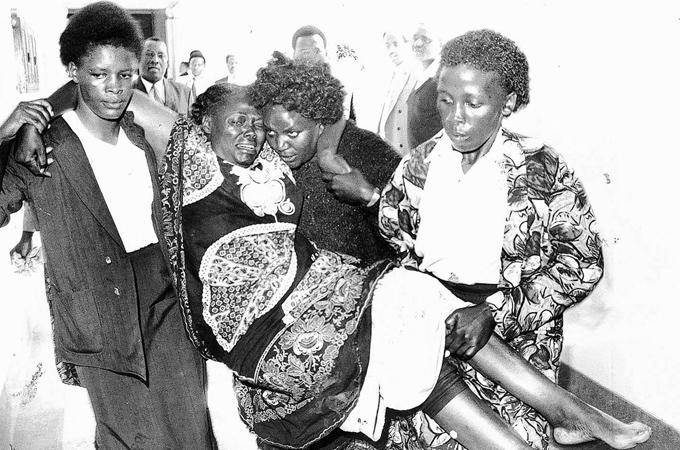 Last week marked eight years since the passing-on of Professor Wangari Muta Maathai, a leader of many firsts. She was the first woman to earn a doctorate degree in Kenya and the first African woman to be honoured with the Nobel Peace Prize by the Swiss Academy.

To President Moi’s regime, Professor Maathai was a constant thorn in the flesh, standing up against a ruthless administration which many considered impossible to confront and live to tell the story.

While championing the advancement of democracy in the Kenyan political space, Wangari not only put her mind in the line of fire, but also her body.

She revolutionized the act of protest in Kenya by centring it on the female body, by urging the aggrieved mothers of detainees to strip when threatened by security officers.

Lawyer and humanitarian activist, Nanjala Nyabola, described Wangari as an intellectual who ultimately did more to spur the democratic movement in Kenya than nearly anyone else.

According to Nanjala, she was brash and unapologetic. She divorced her husband at a time when it was a major taboo and was publicly attacked for it.

Nanjala further stated that most Kenyans didn’t know what to do with Maathai’s legacy. “Kenya loves good women, but Maathai was not a good woman. Rather, she was an embodiment of the modern proverb; good women seldom make history,” he opined.

Even in death, according to the activist, Maathai’s legacy paid the price for this. For instance, every few months, Kenyan social media is seized by a paroxysm of misguided Moi nostalgia while by contrast, Maathai’s anniversary barely registers in their minds.

The lawyer also thought of Maathai as a person who wove traditional beliefs on nudity and gender, as well as contemporary political struggles, to cement a decisive moment in the agitation that brought women into the centre of political discourse, in which they had previously only been included peripherally.

In 1993, Wangari stood behind mothers of political prisoners who stripped naked at Uhuru Park in Nairobi, protesting the detention without trial of their sons. Police officers were unleashed on them, wielding batons and hurling tear gas at the women.

Aili Mari Tripp, professor of Political Science and Gender and Women’s Studies at the University of Wisconsin-Madison, notes that naked protests in Africa have historically been symbolic forms of collective demonstrations, by the poorest and most marginalized women in society.

The demonstrations she initiated under her Greenbelt Movement, which marshalled women all over Kenya to plant trees, saw Wangari and fellow women pay a dear price for the fight to conserve the environment.

Wangari suffered imprisonment, physical and mental anguish when she clashed with Moi’s government after she opposed a plan by key political bigwigs and business persons to clear part of Karura Forest, for the development of real estate businesses.