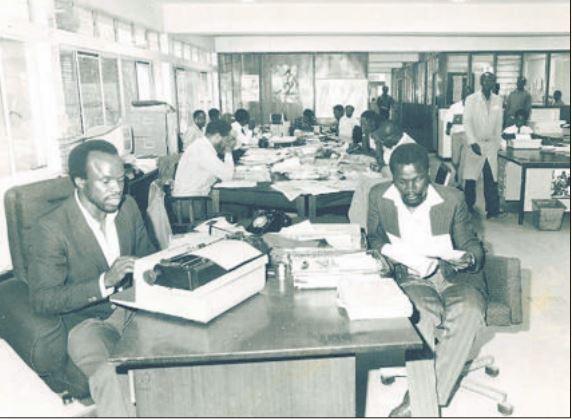 Henry Gathigira, the one-time editor of the Standard newspaper is regarded as a pioneer of post-independent Kenyan journalism

Back during his heyday, Gathigira was faced with the unenviable task of pleasing the then president Daniel arap Moi.

The autocratic leader had been known to lose his temper over headlines that cast his government in a bad light, often sending his officers to harass editors at the various publications to ensure displeasing headlines were changed immediately.

However, Gathigira had proved to be a constant thorn in the presidents’ flesh as he was never around to be intimidated by Moi’s officers.

Reports from The Standard claimed that he had mastered the arrival time of Mzee’s errand boys to a second, thereby allowing him to always sneak away just in time.

The late Gathigira would bolt away from his office as early as three in the afternoon and communicate with his junior editors from the safety of a public telephone booth in an undisclosed location.

While there, he would dictate controversial headlines that were certain to anger the president, going on to issue implicit instructions on where to place what story.

Reports stated even The Standard‘s company drivers di not know the exact location of his house.

He would have one driver drop him in the middle of the road and then disappear to God-knows-where. The following day, another driver would pick him up from a different street.

The veteran editor was the father to the late revise editor at the Star, Mathew Gathigira.