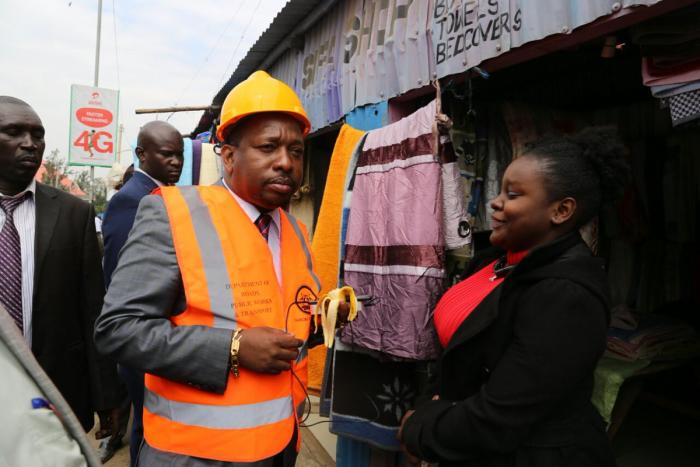 On Friday, Nairobi Governor, Mike Sonko, issued supermarket bosses who are out on bond, 14 days to reapply for inspection.

The outlets were found to have excess sodium metabisulphite content and their bosses were charged in court. The top supermarket officials who appeared before the City Court pleaded not guilty and were all released on a cash bond of Ksh300,000 each and surety of the same.

City chief magistrate, Roselyn Ogayo, in her bond ruling said the cases will be heard on August 19 and 30.

Some of the offences included processing, treating, labelling, packaging, selling or advertising food in a matter that is false misleading and deception in trade.

They also faced charges of endangering human life as well as engaging in businesses not captured in their licenses.

The meat sections of the supermarkets were shut down by county health officials in a crackdown on all food eateries in town, after Governor Mike Sonko’s executive order to the county health department to probe and carry out tests on all eateries.

The crackdown came after NTV exposed eateries and supermarkets for preserving meat with chemicals.

In Mombasa, the County government also issued a tough directive to all meat dealers within its borders amid concerns over the preservatives used.

The county, under Governor, Ali Hassan Joho, ordered the immediate halt in meat sales for three days to determine whether meat sold in supermarkets, top butcheries and those consumed in hotels were fit for human consumption.

The ban which had earlier been placed on supermarkets was extended to other dealers like butcheries and Hotels.