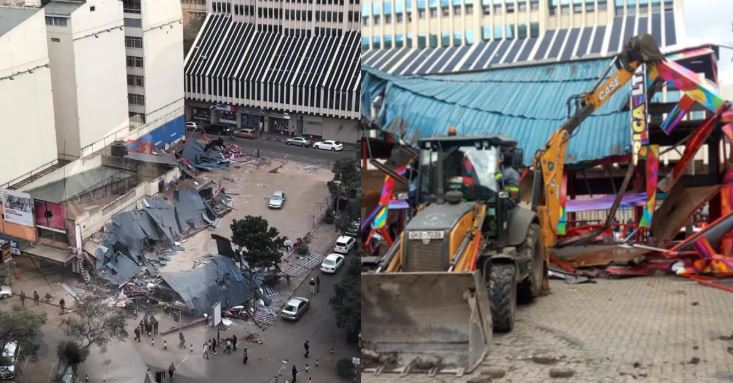 A case involving Nairobi Governor Mike Sonko and city tycoon Patrick Nderitu was, on Friday, struck out by the court for lack of jurisdiction.

Nderitu, the owner of ‘Pimp My Ride East Africa’ carwash, located in the CBD where Simmers Bar and Restaurant used to stand, had filed a case against the demolition of his business.

Nderitu argued that he had obtained all the approvals, including building permits from the county government.

However, senior Resident Magistrate Patrick Muholi dismissed the application stating that the court lacked jurisdiction to handle the case.

“This suit is hereby struck out for lack of jurisdiction by this court”, ruled Muholi.

The premises has been demolished twice by the County and the businessman wanted to stop further demolition.

On July 10, the businessman moved to court seeking to stop the demolition after he was given a seven-day notice by Governor Sonko’s administration but his application was dismissed.

The businessman was apprehensive that the impending demolitions would be carried out on the basis of personal vendetta.

The notice was to elapse on July 9th after which the county went ahead to demolish the premises maintaining that the construction was not approved.

He is the director of Landmark Properties International Limited.