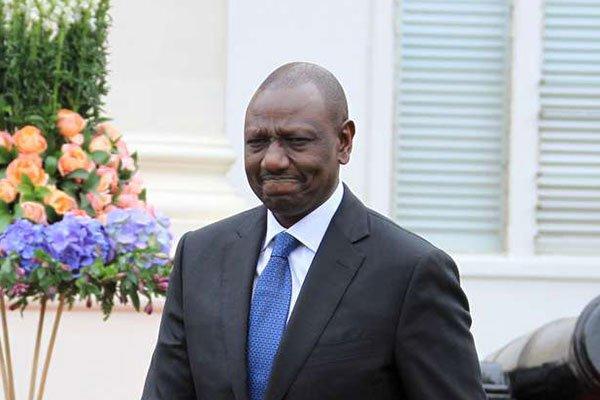 Deputy President William Ruto, on Friday, disclosed that the Executive had issued directives to the Health Ministry over managing cancer cases in the country.

Speaking during a telephone interview on Citizen TV, the DP divulged that early screening was the key to dealing with cancer.

“It can be treated if detected early and that is why we have directed the Ministry of health together with the counties to create awareness on the importance of early screening,” he detailed.

The DP was reacting to the news of the demise of Kibra MP Ken Okoth who had been diagnosed with colorectal cancer.

He revealed that he learnt of Okoth’s passing while on the plane on his way from Marsabit where he had presided over the opening of Tirrim Secondary School in Korr, Laisamis.

Ruto described Okoth as a dedicated leader and a brave human being who cared for his constituents.

“Okoth was an enthusiastic, energetic, distinguished and public-spirited leader, who served his constituents with dedication and selflessness. He worked tirelessly to better the lives of others and championed the welfare of all.

“Okoth had a dogged personality, tenacity that elevated him among his peers and gave him an invincible aura. His battle with cancer exemplified his bravery, endurance and strength in adversity. Condolences to his family, friends and the people of Kibra. Rest In Peace,” he wrote on Twitter.

Cancer treatment will depend on several factors, including the size, location, and stage of cancer, whether or not it is recurrent, and the current overall state of health of the patient.

The most affordable cancer treatment in Kenya reportedly costs Ksh 500,000 and this is not even cheap for the ordinary Kenyan. This figure can go as high as millions of Kenyan shillings when blood cancer is involved.