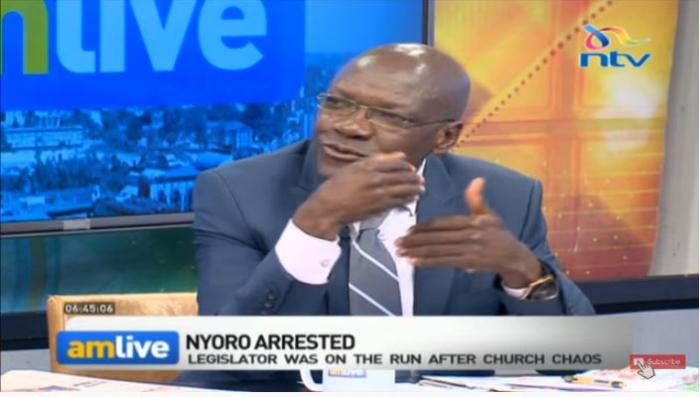 Reports by The Star disclosed that the politicians demanded that Uhuru must speak on their “ongoing persecution” by security agents under CS Fred Matiangi’s Ministry of Interior.

The politicians reportedly accused Uhuru of being behind the recent clampdown on them warning that the President’s silence would confirm their fears that he has quietly instructed state functionaries to intimidate the DP’s camp in Jubilee.

Nyandarua Woman Representative Faith Gitau argued that the police and other government agencies had been dragged into succession politics.

She challenged the Uhuru to declare the side he supported in the Ruto and Opposition leader Raila Odinga camps, saying his “hiding in calls for peace is breeding speculation.”

Mukurweini Member of Parliament  Anthony Kiai who also spoke to The Star alleged a deliberate plot to frustrate the Ruto-led team.

“The President must come out and speak with the DP. The President has left Kenyans to interpret the issues for themselves. They must come out together and tell us the true position because we are slowly going back to the dark days,” he spoke.

Speaking on NTV’s AM Live, former Kakamega senator Bonny Khalwale further pointed an accusing finger at Matiang’i claiming that he was behind the woes Ruto’s allies have been facing.

“The police are wasting their time if they think they can midwife politics, they cannot succeed and the person to be blamed is Matiang’i,” he declared.

“While MPs were besieged at Royal Media, Matiang’i called them, meaning that he was directing them. He was the one driving the show, otherwise, was it by chance that he was calling them?” posed Khalwale.

This was after the dramatic scene caused Kiharu Member of Parliament  Ndindi Nyoro at Royal Media Services studios that caused a stir after he barricaded himself in the studios when the police came knocking.

The police were after the Kiharu MP following a scuffle at the Gitui Catholic church on Sunday, September 9, between himself and nominated MP Maina Kamanda.

Khalwale also recounted how Kandara MP Alice Wahome claimed how Interior PS Karanja Kibicho met a section of influential businessmen in a private meeting where the assassination of Nyoro was allegedly discussed.

Wahome made the startling claims while  Speaking on NTV’s amlive show on Monday, September 9, 2019.

“There was a meeting that took place a week ago in Murang’a at the home of a senior businessman. There were several other people including the principal secretary interior,

“The discussion was around how we would be finished. In fact they went further to specifically state that we can clear Ndindi Nyoro,” she narrated.

She alleged that Nyoro’s close links to Ruto were the main reason for the sinister plot to have them eliminated.

“They said Ndindi Nyoro is a small person and if he is cleared, Kenyans will cry or condemn the government for a short while and forget as they have done with other people,” the legislator stated.