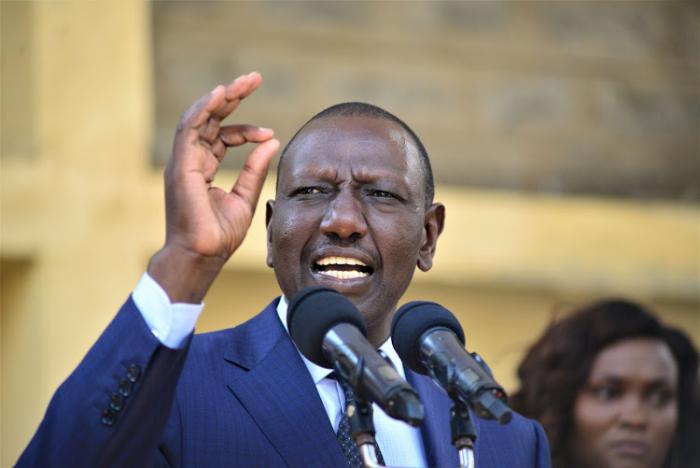 Deputy President William Ruto was on Thursday, October 3, accused of taking part in a shady land deal involving one of the country’s former vice presidents.

According to the controversial article published by the Daily Nation, the Trusted Society of Human Rights have written to the DCI, seeking to have the deputy president questioned.

He is accused of illegally acquiring a 900-acre piece of land in the lush Maasai Mara Game Reserve, through a company called North Mogor Holdings.

The damning article claimed that the DP Ruto was able to purchase the land after former Vice President Joseph Murumbi, defaulted on a Ksh 8.9 million he had taken out with the Agricultural Finance Corporation (AFC).

AFC auctioned off the land after Murumbi failed to honour his agreement to repay the loan within a period of 25 years.

The land – located 23 kilometres south-west of Kilgoris was acquired by the former VP back in 1977, with records showing that it was assigned to him by the Narok County Council, and undersigned by the then Lands and Settlements Minister, Joshua Angaine.

However, he took out a loan using his title deed as security.

“AFC tried to auction the land in 2004 but no buyer turned up, resulting in the corporation taking ownership of the land.

The human rights group now claim that the law was circumvented by DP Ruto’s company, adding that once the land was transferred to AFC, it switched from private to public land.

DP Ruto has since come out to deny the entire allegations, going on to curse out at the Daily Nation over what he termed as fake news.