Stivo Simple Boy’s ex-girlfriend Pritty Vishy is once again on the spotlight on her relationship- which everyone thought would last a little longer. The YouTuber’s relationship with singer Madini Classic was taken as a kiki stunt by most fans. But the two had compelled fans to believe that they were indeed in love. Madini even went jahead to flaunt photos of himself in a ruracio ceremony; which was just a preparation for Pritty’s hand in marriage.

From her nasty break-up with Stivo Simple Boy, it’s needles to claim that the damsel is always ready to hit back after a break-up. Their fall-out was accompanied by sporadic exposés that left netizens flabbergasted.

With that in mind, Pritty seems not to be a sucker for love and won’t cosset a relationship which is not on her own terms.

Back To The Streets

She recently shared through her Insta stories that she’s now ‘back to the market’. She connoted that she’s currently single indefinitely. 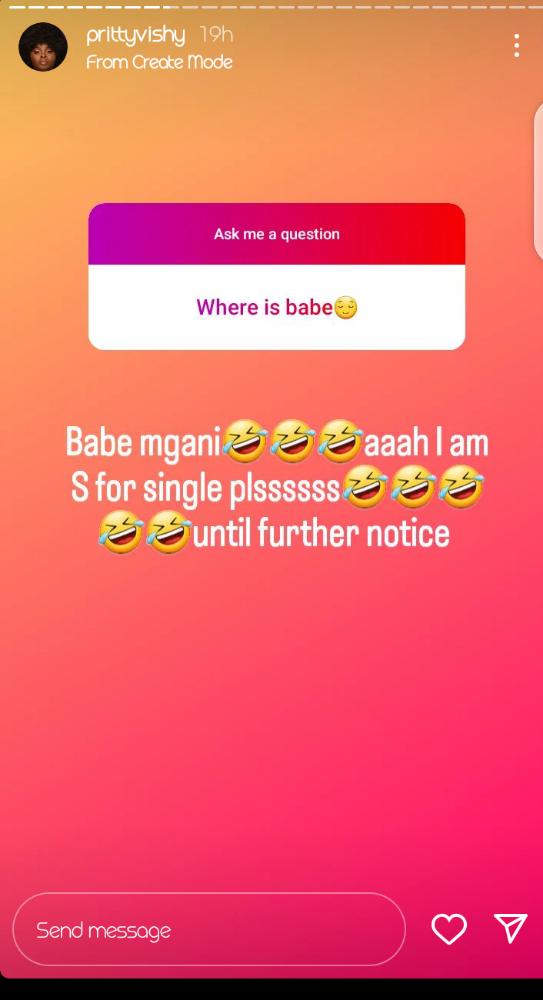 Through the same Q&A, she divulged that she was previously married but was divorced; 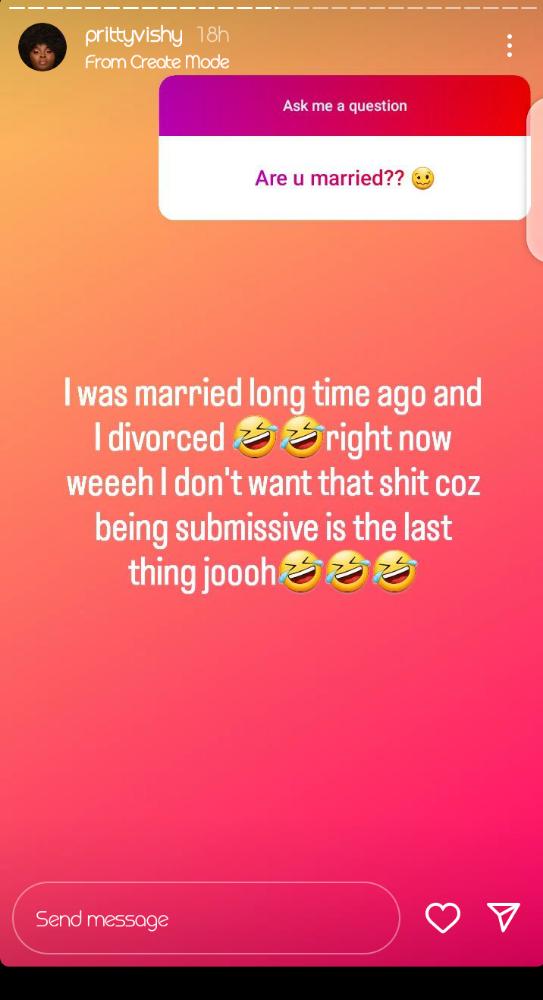