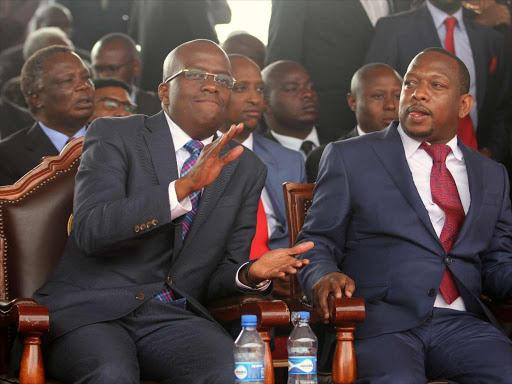 The Managing Director (MD) at Equity Bank was appointed the Vice President of Sales & Marketing at Vivo Energy.

Media reports indicated that the appointment was set to take effect from September 1, 2019.

Igathe, who has been the MD at Equity Bank, joined the bank in 2018.

The former deputy governor was initially the chief operating officer at the bank and was promoted when it separated the management of its subsidiaries from the holding company.

This was after his resignation from the County Government of Nairobi, as Governor Mike Sonko’s deputy.

Before venturing into politics, Igathe had served as the first MD of VIVO Energy following its acquisition of Shell assets in 16 African countries.

While there, his full mandate was to control and oversee the business’ operations, employees, and ventures.

The University of Nairobi alumnus was also the regional managing director in charge of Eastern Africa for ten years, beginning of 2003.

He has volunteered in several organizations and is currently chairs BG Ngandu Girls High School’s Board of Management.