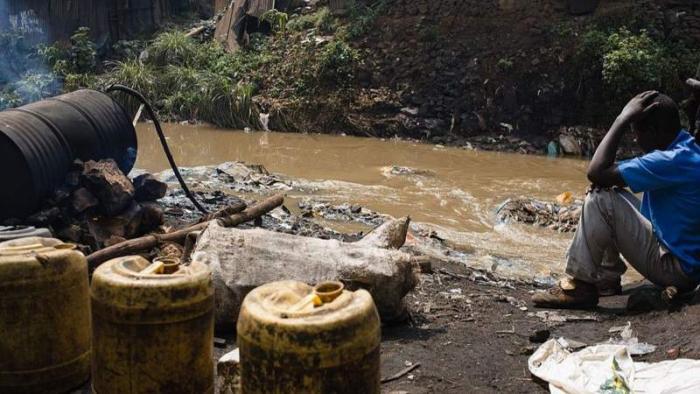 Police officers in Murang’ a County were in the limelight in recent days, over an initiative to use drone surveillance, in areas that have been seen as rampant in the brewing of chang’aa and peddling of drugs.

Barely a week later, the results of the initiative have been seen.

People Daily reported on Tuesday, September 10, that police officers in the county have nabbed 200 suspected brewers of illicit alcohol and drug peddlers.

In addition to the arrests, the police also claimed that they had also managed to clear out nine chang’aa distilling points along Chania River.

Central Regional Commissioner, Wilfred Nyagwanga, who spoke when he led a team of administration officers to raid chang’aa dens, claimed that since the initiative was launched in the county, positive results had been realized.

“We shall flush out these criminals from their hideaways especially within the slums. With these drones, we can easily spot those vending drugs or engaging in all manner of crimes and arrest them,” he was quoted.

Nyagwanga further warned that the government would use drones to fight, not only drugs but also crime, which has been rampant in the region.

People Daily reported that the areas of interest in the war against illicit brews include locations along River Chania in both Murang’ a and Kiambu counties, parts of Juja and Thika’s Kiandutu slums.

Murang’a’s notoriety in the illegal brewing business raised eyebrows late 2018, following an operation that uncovered a vast network of brewers.

Over 37,000 liters of the illicit brew was poured in the100-day operation that was conducted by the then County Commissioner, John Elungata.

Health Cabinet Secretary, Cecily Kariuki, during a past visit to Nyandarua County, also blamed the rising cases of homicides and suicides in Central region on rampant alcohol abuse.