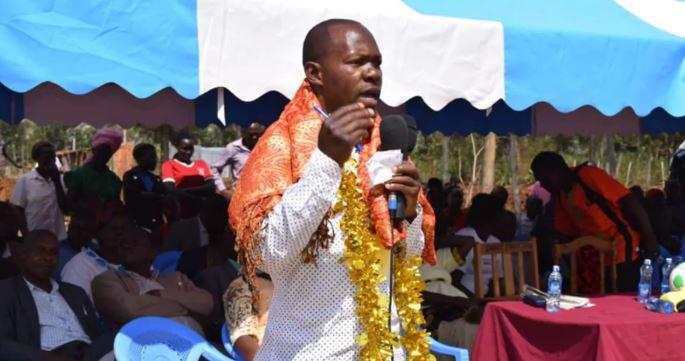 The bill seeks to have the unemployed youth paid Ksh 12,000, with the money payable every four months.

According to Standard, the bill stipulates that for an unemployed person to qualify for social assistance, one must be registered with the National Employment Authority.

The proposal is known as, Social Assistance (Amendment) Legislative Proposal, 2018. It seeks to amend the Social Assistance Act of 2013 to provide that a person, who qualifies as having no form of income, receive the monetary assistance from the government.

On Monday, Amisi appeared before the Budget and Appropriation Committee to discuss the financial implication of the draft Bill.

The country will require Ksh93.6 billion in the first year of implementation as per a document prepared by the Parliamentary Budget Office.

The figure is expected to shoot to Ksh100.8 billion and Ksh108 billion in the second and third year respectively.

There are a total of 2.6 million unemployed youth in Kenya, according to the budget office. The figure is based on the United Nations Development Programme (UNDP’s) estimation. It is also projected that the number of unemployed will increase by 200,000 every year.

The office observed that the move will provide necessary support and facilitation to needy unemployed youths to be able to look for job opportunities.

However, it warned that such support may reduce the incentive by the unemployed youth to search for a job, and in the long-run perpetuate poverty in the country.

It further warned that the provision of such a stipend may be very costly as more youths would be attracted.

The office also cautioned that the number of unemployed youth may be higher than reported.

The budget office suggested that Parliament should consider amending the proposal to make it a requirement that the beneficiaries provide some hours of communal work.

It also suggested that the beneficiaries prove or show the effort that they committed to finding jobs.