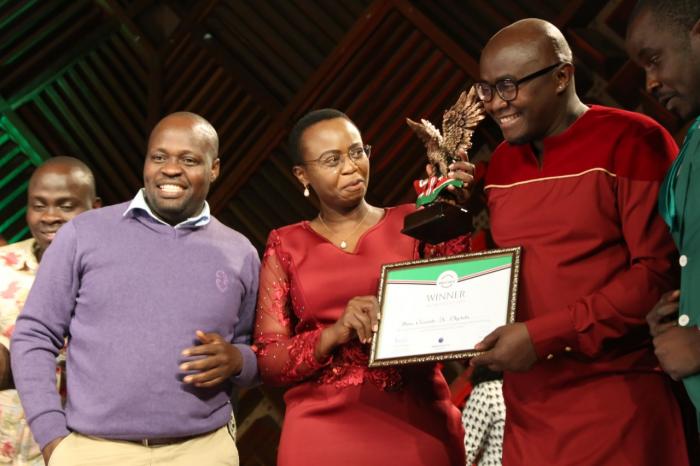 Nereah, a Member of the Homa Bay County County Assembly, trumped four other worthy finalists, to become to take the crown.

The charismatic candidate was quick to point out that each and every one of the participants had emerged as winners in their own unique ways.

“We all have a journey and we are all winners,” she remarked.

One of the show’s favourites, Umulkheir Mohammed from Garissa County, came in a close second, in the show that captured the attention of the nation.

The five finalists, Waruguru Wa Kiai, Umulkheir Mohammed, Betty Adera, Oketch and Irene Mayaka were all present at the Catholic Unversity of East Africa, for the grand finale.

A team from the European Commission and parliamentarians were also present at the colourful gala.

The finalists were whittled down from an initial pool of over 1000 women who had signed up for the chance to be named Ms President.

Last week, President Uhuru Kenyatta invited the five finalists of the reality show to the podium, during the grand opening of the Bidco Industrial Park in Ruiru.

Uhuru explained that he had asked them to accompany him to the launch to give them a practical touch of the duties of a president.