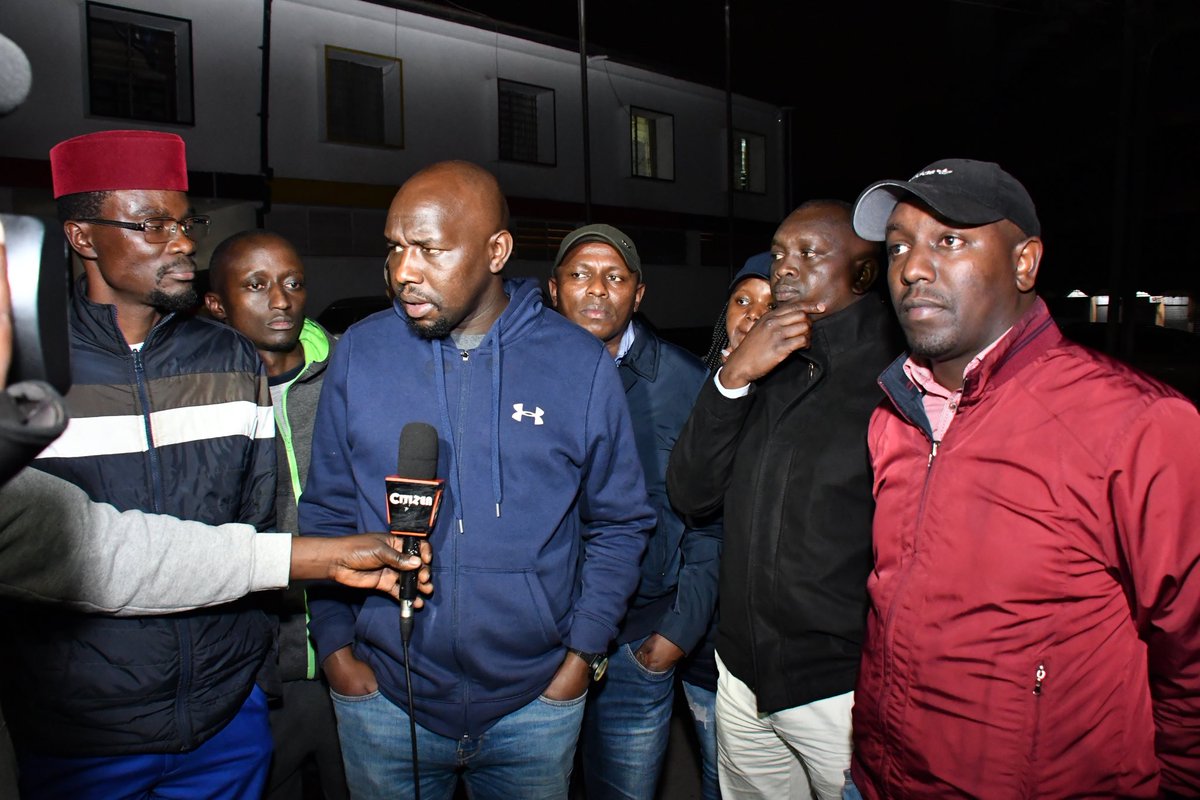 Elgeyo-Marakwet Senator Kipchumba Murkomen, on the night of Monday, September 9, camped at Kamukunji Police Station after the arrest of Kiharu MP Ndindi Nyoro until he secured release.

The embattled legislator had been taken into custody earlier that evening following a confrontation between him and nominated MP Maina Kamanda ensued during a church service on Sunday, September 8.

Murkomen was accompanied by Kikuyu MP, Kimani Ichung’wah among others.

Nyoro was released from custody a few minutes past 1:00am and is expected to be arraigned in court on Tuesday, September 10.

Confirming the release, Murkomen thanked the people of Murang’a for putting up pressure shortly after his arrest which likely led to his freedom.

“After immense pressure from the people of Murang’a, leaders, fellow leaders and Kenyans of goodwill, Hon. Ndindi Nyoro has been released by the police.

“He will be arraigned in Muranga Law Courts tomorrow. We shall not rest until justice is not only done but seen to be done,” Murkomen celebrated on Twitter.

According to Murang’a Senator Irungu Kang’ata, his lawyer who secured his release, Nyoro faces three counts including incitement, assault and resisting arrest.

Nyoro and Kamanda clashed during a service at Gitui Catholic Church in Kiharu causing chaos that disrupted the proceedings.

On the night of Sunday, September 9, police officers raided Citizen TV offices in Kilimani with the aim of arresting the lawmaker after an interview he was undertaking with the broadcaster’s sister station, Inooro TV.

The police had camped along Maalim Juma outside the Citizen TV offices on Sunday night, where they lay in wait for the MP who was scheduled for an interview on Inooro TV, a Royal Media based station.