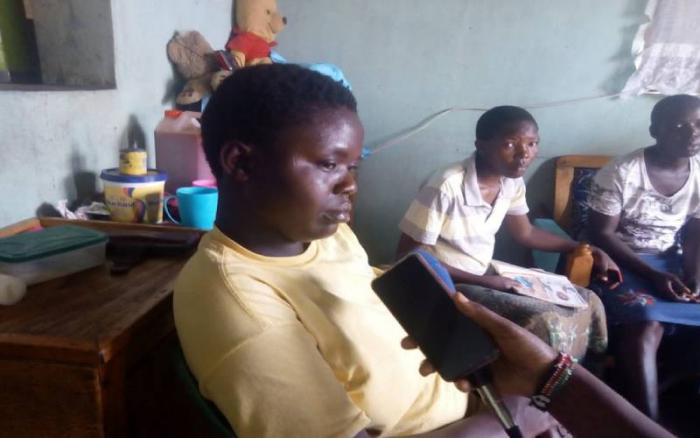 Jane Akinyi, the mother of 11-year-old Hellen Akinyi who committed suicide on Sunday, September 29, recounted painfully what happened on that day to The Standard on Monday, September 30.

Akinyi recalled her daughter had accompanied her to the market where she accidentally slipped broke a jiko she was carrying.

“It was around 4 p.m. and I told her to go back to the house to wash utensils which she did,” Akinyi revealed confirming that she did not threaten her after the accident at the market.

“She thereafter took a rope and told her siblings that she was going to make a swing. This was the last time she was seen,” Akinyi affirmed.

Hellen Akinyi, a student at Usenge Primary School in Bondo, Siaya County hanged herself with the rope she had gone outside to play with leaving her mother utterly horrified.

“I had a strange dream. I was in the house with my husband at night when I noticed my daughter was being rained on,” Akinyi narrated.

“I got outside to open the door for her but did not see her. I was devastated but ignored the dream,” Akinyi continued as tears rolled down her cheeks.

The 11-year-old left suicide notes that were addressed to her mother and younger sister. In the notes she had promised to commit suicide if she was caught in the wrong.

The two suicide notes written in Swahili, detailed how she was going to commit suicide and the reason behind her action.

“Adongo I said if I commit any sin, I will take away my life. I’m going to kill myself. Bye,” read the suicide notes.

Back at her school, headteacher Fredrick Odundo described the late Akinyi as a quiet pupil.

He also noted that suicide cases had become rampant and that Akinyi’s incident was the first to happen in their school.