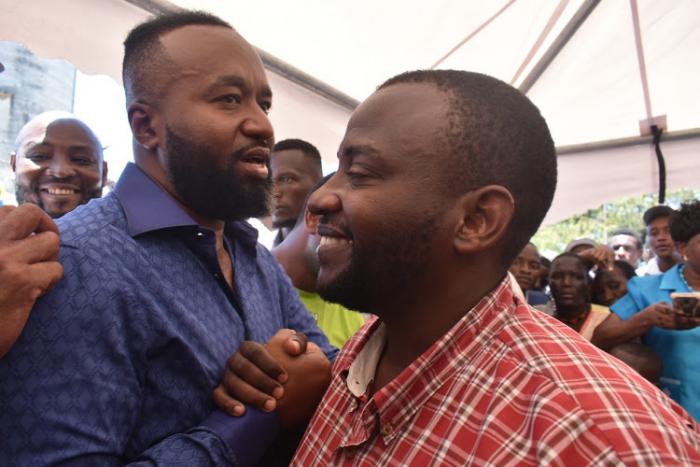 Controversial lawyer Miguna Miguna had few kind words to spare even as he attacked Mombasa Governor Ali Hassan Joho’s attempt to console the family of the Likoni ferry tragedy victim.

Governor Joho had announced that after consultation with the family, he had called in experts from South Africa to complement the retrieval efforts.

In a harsh tweet posted on Wednesday, October 2, Miguna faulted Joho’s consolation, terming it an insult to the affected family’s dignity.

He further stated that it was the work of Mombasa County and the national governments to protect lives and mitigate disasters, and not the duty of foreigners.

He informed the governor that the tragedy that befell Mariam Kiganda and Amanda Muthe was due to the county’s negligence and that he should squarely take the blame.

The barrister further accused Joho of using money to wish away the problems that were plaguing the coastal region.

“The despots, cartels, and con-men believe that they can make problems go away through their filthy handouts. Ksh2 million cannot hire the South African Navy to come and retrieve bodies in Mombasa,” he claimed.

Earlier on Wednesday morning, he had launched a verbal attack on the Kenya Navy officials.

“Are these civilians on a 15th Century wooden boat made in Malaba, with no diving gear and no amphibian equipment our Navy?” Miguna wrote on Facebook mocking a photo of the naval officers on a boat.