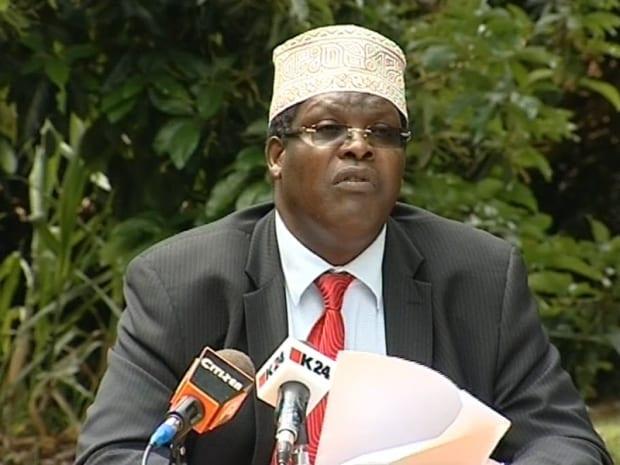 Outspoken lawyer Miguna Miguna, on Wednesday, attacked Raila Odinga’s sister Beryl Odinga who was appointed a board member at the Nairobi Water Company.

Taking to his social media to react to the news, Miguna faulted the move alleging that Beryl was involved in a corruption scandal while she was Kenya Railway Staff Retirement Benefits Scheme (KRSRBS) board chairperson.

“Rewarding a thief who stole Kenya Railway houses,” he alleged.

Miguna further stated that the appointment was a personal benefit from the handshake by Raila stating that there were young people who could have been considered for the position.

“While millions of brilliant Kenyan youth with First Class Degrees are living on the streets, The People’s Con-Man Raila Odinga reveals the real personal benefits of the hand cheque,” he divulged.

The Nairobi County Assembly Water committee chairman, Paul Kardos told The Star that a new board was put in place on Wednesday.

“Now that we have a new board we are looking forward to having a strong team that will be of service to the residents of Nairobi,” he was quoted by the publication.

In 2011, Kenya Railways sought avenues to settle its pensioners’ arrears that were in excess of Ksh394 million.

Speaking during an AGM, Beryl Odinga, who was the scheme’s Board of Trustees chairperson, stated that it had paid a monthly pension of Ksh278 million leaving a balance of Ksh394 million.

“I am optimistic that the historical liquidity challenge will be addressed permanently and the pensioners’ arrears which are in excess of Sh394 million and Sh75 million in deferred sum shall be paid to members,” she was quoted by the Nation at the time.