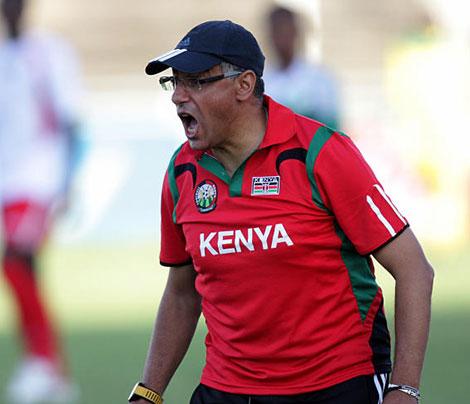 A former Harambee Stars coach has been awarded Ksh108 million by a global sports court over wrongful dismissal.

Football Kenya Federation was ordered to pay Adel Amrouche by the Court of Arbitration for Sport (CAS) for terminating his contract in 2015.

The then FKF President Sam Nyamweya sacked the coach after a disappointing loss to Lesotho, only a few months into his contract.

He had been awarded the five-year contract after a successful campaign in the 2013 Cecafa Senior Challenge Cup.

The Daily Nation reported that “the seasoned trainer had only served a couple of months of his five-year contract offered to him by the Ministry of Sports and FKF after President Uhuru Kenyatta’s recommendation.”

After the 2013 win, President Kenyatta sponsored the team to the 2014 World Cup in Brazil.

Though the government does not run the federation, it caters for salaries of Harambee Stars coaches.

Amrouche had in the past sued the government at FIFA, he was awarded Ksh60 million.

If FKF defaults on the payment whose deadline has been set at the end of October 2019, Kenya risks being locked out of  2022 Fifa World Cup qualifiers.

“I will ask Fifa to give us an extension. We are paying for the ills by the former management.

“I will talk to the government and request they assist us in paying Amrouche,” FKF president Nick Mwendwa commented.